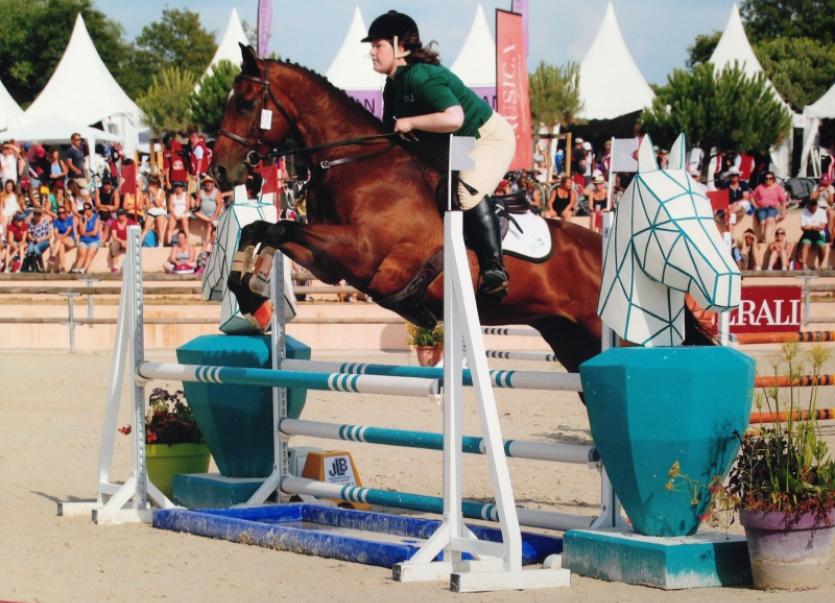 The chef d’Equipe was Lawrence Smyth, and he was assisted by Frances McGee, Derrybeg. Lawrence spoke highly of the performance of the team.

“The team was magnificent in all three competitions,” he said.

“Our riders rode horses they met for the first time the day before the tournament began, and showed how good AIRC riders are.

“It was especially heartening to hear the support that our riders got from the spectators.”

Ten countries competed in the tournament, which was spread over three days, and the Donegal Team Ireland finished with the same score as the French team but with a slightly slower time total.

The tournament was won by the South American country Suriname, with Luxemburg in second place, and France in third position. Ireland finished just ahead of the UK team which was placed 5th, while the Ivory Coast team was placed 6th. In France, a 4th place is known as the ‘Chocolate Medal’ and has a special significance in the prize-giving ceremony.