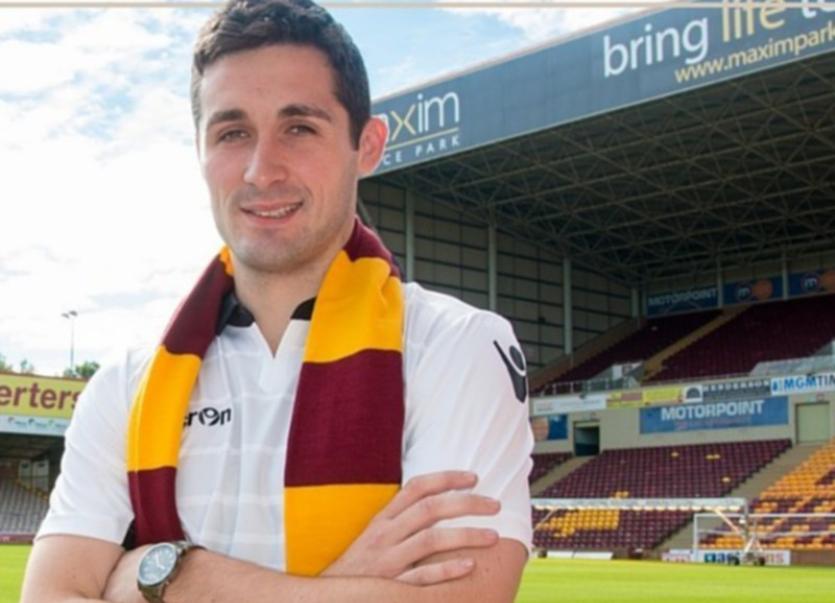 FORMER Plymouth Argyle midfielder Carl McHugh had a Scottish Premiership debut to remember on Saturday as he suffered a horrendous gash above his eye.

The 23-year-old clashed heads with Kilmarnock's Dean Hawkshaw and was forced out of the game to have the damage looked at.

Motherwell won the game 2-1 thanks to goals Lionel Ainsworth and Marvin Johnson.

But despite the gory nature of the wound on his head, McHugh from Leitirmacaward still took to Twitter to show it off.