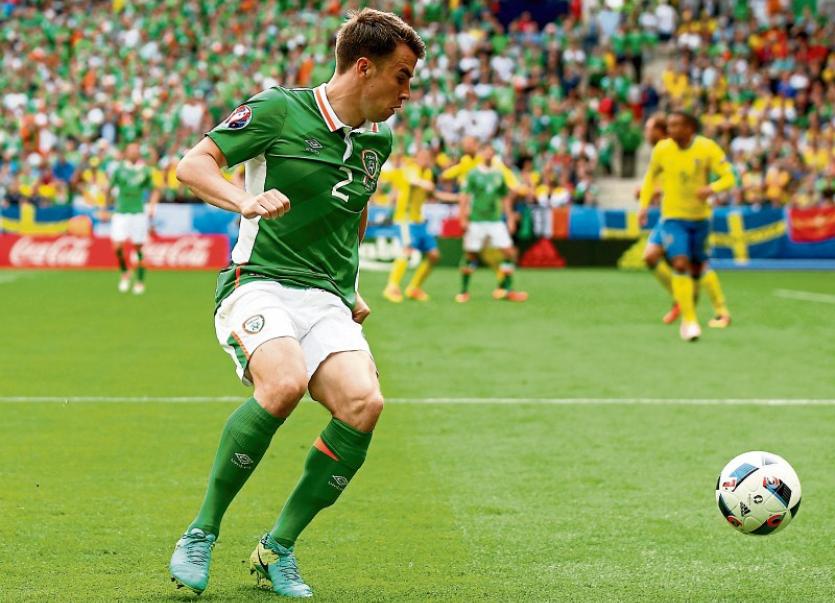 Seamus Coleman is almost certain to miss the Republic of Ireland's opening World Cup qualifier against Serbia next month through injury.

The Killybegs man missed Everton's season opener against Tottenham on Saturday because of an ankle injury.

New Everton manager Ronald Koeman said his defender could be out for 'several weeks'.

The Republic play Serbia on September 5th in Belgrade.

He scored two own goals in the first half in Blackburn Rovers' trip to play Cardiff City in the Championship.

Blackburn pulled one back after half time but lost 2-1. And just to make matters worse for Duffy, he was sent off late in the game.

Amazingly Duffy has scored three own goals in his last two games.

Letterkenny's Dale Gorman came off the bench at half time for his first league appearance of the season as Stevenage lost 3-0 at Leyton Orient in League Two on Tuesday night.

And Ramelton's Conrad Logan was an unused substitute as his new club, Rochdale, lost 1-0 at Port Vale, also on Tuesday night.