Celtic fans get set to 'Huddle up Errigal' 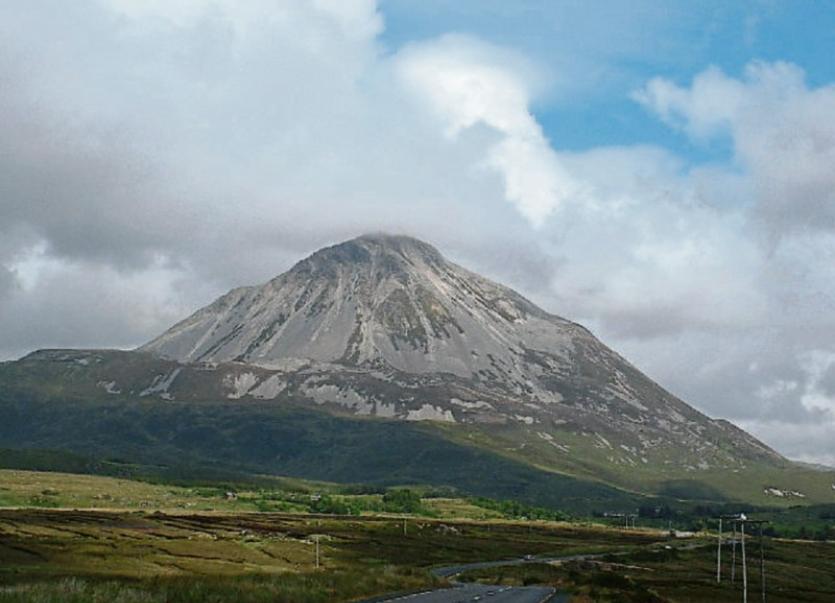 Donegal will play host to a unique fundraising event next month when the county’s close links with Glasgow Celtic will be celebrated in style.

Celtic fans are being invited to the county over the first weekend in September for a weekend of celebration, the highlight of which will offer supporters the chance to scale the heights of Errigal Mountain.

The ‘Huddle Up Errigal’ event takes place on Saturday, September 3rd, with fans climbing the famous landmark en masse and when they get to the top, they will join in a celebratory huddle at the peak of the mountain.

They will be sent on their way up the mountain by Celtic FC Foundation Ambassador Jay Beatty who will be among the many special guests in Donegal over the weekend.

One of the organisers of the weekend is Gweedore-based Celtic supporter, John Joe McGinley who said there has always been a strong connection between Donegal and Celtic over the years.

“But the interest and passion in Celtic has waned a small bit in recent years, especially among the younger generation,” John Joe told the DPP/Democrat.

“We want to reignite that passion and that’s when we came up with the Huddle Up Errigal idea.

“It’s our first time to try this out and you just never know how it will go. But with Celtic coming on board and giving us their support, it really has taken off and the interest has been fantastic.”

There’s a busy itinerary of events planned over the few days and a special programme has been produced and distributed around Ireland and in Scotland.

Given that the event is being held on the international weekend and Celtic have no game in the SPL, the hope is that Celtic fans spend their weekend in Donegal. A busload of supporters are already booked to travel from Glasgow and the organisers are hoping that between now and the event, more will decide to come.

The weekend will begin with a welcome night in Teach Jack’s on Friday, September 2nd. The ‘Huddle Up Errigal’ event is on Saturday with participants assembling at 12 noon. There’s entertainment in Teach Jack’s again that evening and on Sunday, a special 7-a-side tournament is being hosted at the home of Gweedore United at Carrickboyle.

A Question and Answer session is planned in Teach Mhici on Sunday evening with Phil Mhic Giolla Bhain and the weekend will conclude with a farewell traditional night in Teach Jack’s on Sunday evening, and there’s music too with Pat Gallagher of Goats Don’t Shave.