Rathmullan Celtic come from behind to beat Lagan Harps 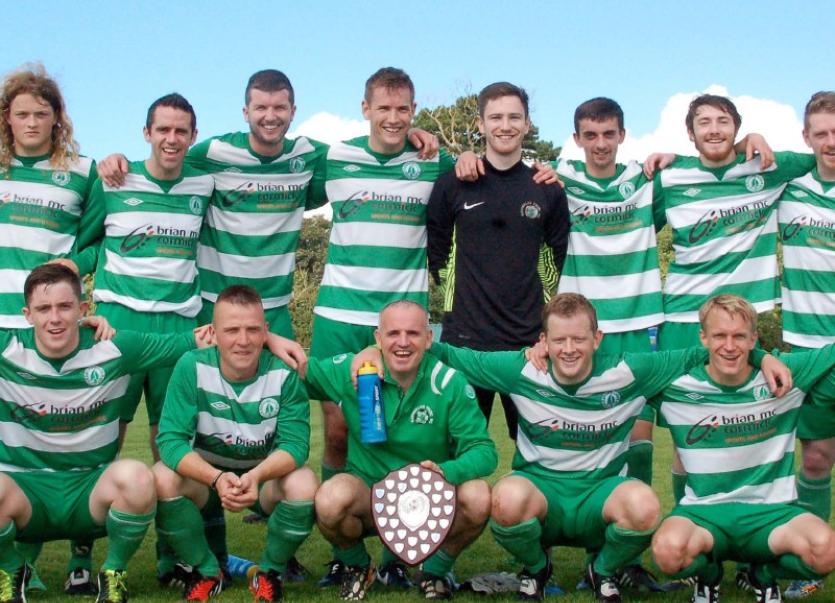 Rathmullan Celtic are into the semi-finals of the Brian McCormick Cup after they got the better of Lagan Harps in Sunday's Letterkenny Area Final.

The Hoops battled back from the setback of an early goal at the sun-kissed Rathmullan this afternoon to win the Area Shield.

Eoin Sheridan, Dara Patton and Niall Carruthers scored for the home side to cancel out Paddy Collins' early goal for Lagan.

Having disposed of last season's cup winner Milford United and Premier Division champions Drumoghill already, Lagan arrived at the Flagpole full of confidence and it showed when Collins fired them in front inside ten minutes.

Rathmullan regrouped and were level on 19 minutes when Sheridan blasted home a penalty.

The goal of the game put the Hoops ahead before the break. A clever back-heel from Carruthers set Jamesy Gallagher away on the left and his cross was clinically dispatched by Rathmullan's player-boss Patton.

Only the crossbar denied Patton a second goal before the break via a stunning free-kick. After the interval it was Lagan that created the first decent chance on 60 minutes.

Collins worked some space eight yards out but from an angle, Mark Gallagher was quickly off his line to block the shot down.

At the other end, Patton tested Jason Quinn with a 25-yard shot that the Lagan netminder tipped over the crossbar one-handed.

Both teams were able to keep the ball down and play their football on what is currently a magnificent playing surface after a summer's hard work.

Lagan pressed hard to level matters but on 88 minutes they were undone by a slick counter attack. The outstanding Gallagher found himself one on one with Quinn and having rounded the keeper he laid on the simplest of chances for Carruthers to tap home and seal victory.