St. Catherine's get the better of Donegal Town 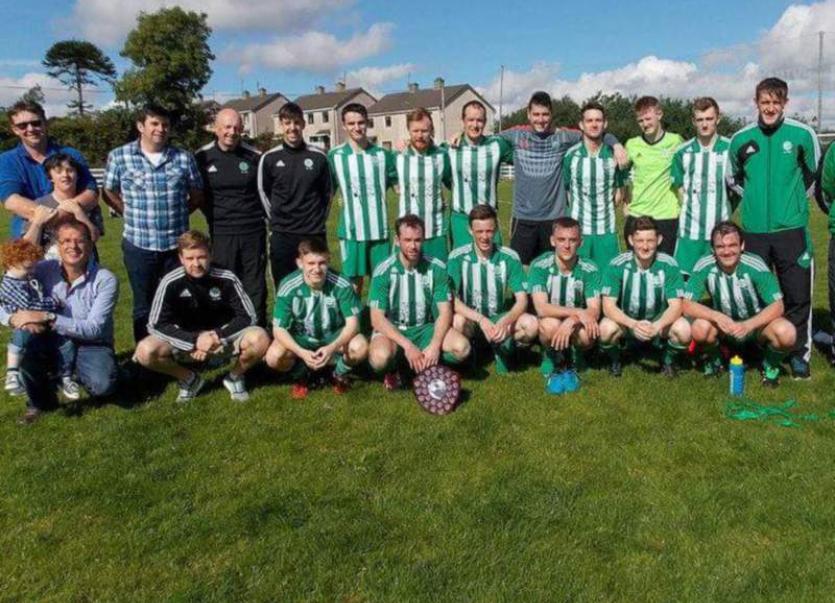 It's been a great start to the new Donegal League season for St. Catherine's and on Sunday, they won the Donegal Area Final in the Brian McCormick Sports Cup.

In a very tightly contested first half a young Donegal side dominated possession but in the 35th minute Conor O’ Rourke latched onto a breaking ball and calmly slotted past the Donegal keeper.

St Catherines once again were fortunate to go two up through Paul Mc Fadden on the hour mark.

Hugh Mc Fadden was then taken down in the box in the 75th minute and Conor O’ Rourke dispatched the penalty high into the Donegal net.

Further goals from Ryan Farrelly in the 80th minute and Stephen Muirhead in the 83rd made it 5-0.

A late consolation penalty by Daniel Mc Hugh in the 92nd minute made the final score 5-1, a well deserved victory for St Catherines in the end.

Best for St Catherines in a solid defensive display were the keeper Michael Mullen and the centre half Christopher Murrin.

Best for Donegal in a sun drenched Emerald Park were Ben Sweeney and Eoin Slevin.