'We have good lads in there and we need to stick together,' - Ollie 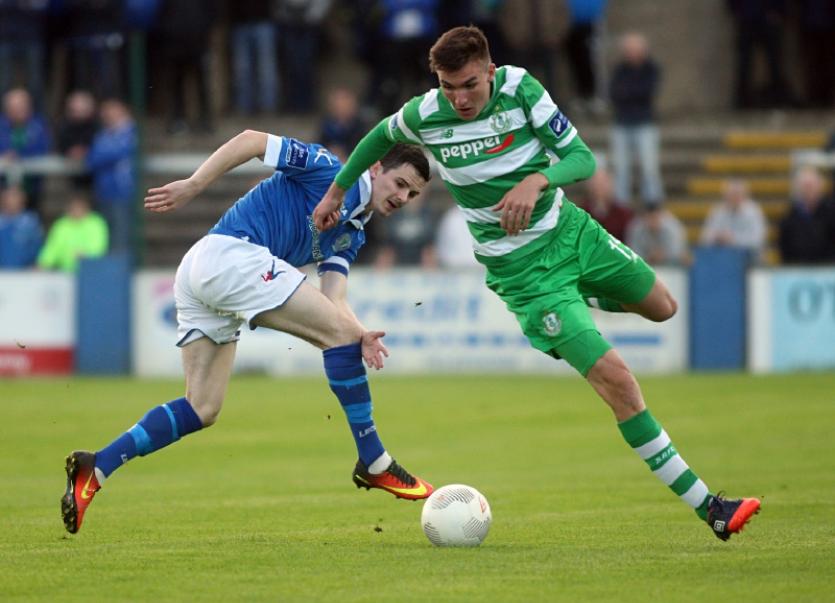 Finn Harps manager Ollie Horgan insists he has enough quality in his squad for the team to avoid being relegated from the Premier Division.

He said if the players stick together, he feels they are good enough to finish above both Longford Town and Wexford Youths.

“If we feel sorry for ourselves, we may as well and go and plan now for the First Division next year now,” he said.

“But they won’t do that. There are good lads in there, but we need everyone to stick together.

“ I think we have a group in there that want to play for the club and please God they’ll make it very difficult for other teams to survive, if we can survive ourselves.”

Horgan's comments came after he'd watched his team go down to a fifth defeat on the bounce when they lost 2-0 to Shamrock Rovers at Finn Park on Friday night.

Both Wexford Youths and Longford Town also lost on Friday night, so it's as you were at the bottom end of the Premier Division.

And despite the departure of last year's player of the year, Raymond Foy, last week, Horgan also ruled out the possibility of adding to his squad.

“Hhave we plans to take someone in? No,” he said.

“We felt we had enough in numbers and quality in the squad.

“But to me, there’s enough in there if we can get it right.”

Horgan though admitted that the lack of goals was also worrying. Harps haven't scored since their 1-0 win over Galway United on July 8th.

“It’s nothing to do with luck, I’m not going down that line,” the manager said.

“But when the confidence is at a low enough level, you need something to go your way, be it the corner kick that Ruairí Keating completely missed at the near post or the shot that he had that Craig Hyland put around the post.

“You need something to go in. Maybe a goal, an own goal, a penalty - we need that to happen to get the confidence back.

“It’s tough here doing an interview after getting beat in five games in a row.

“It’s a tough place in the changing room in there but we didn’t really expect anything different in this league with the standard of it.”

Next up for Harps is a trip to play Sligo Rovers on Saturday night.