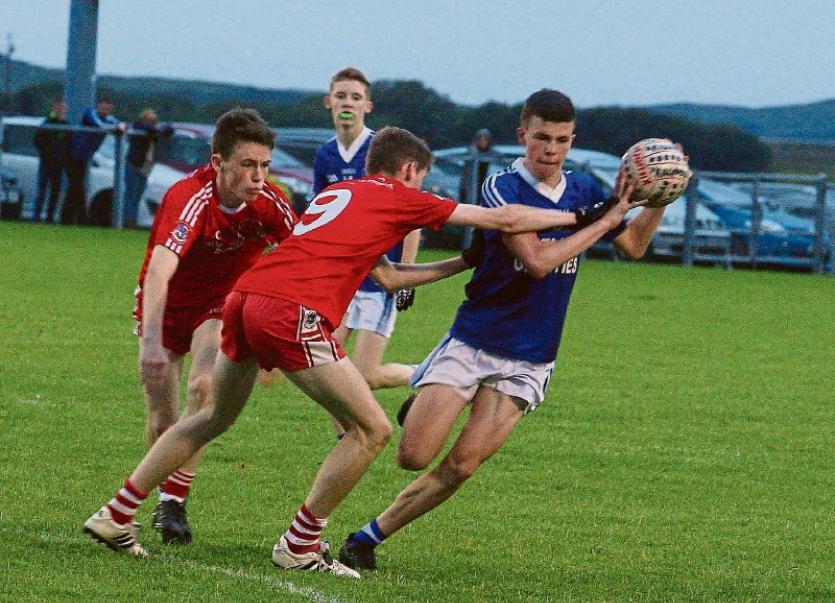 Without doubt it was the best game of the year. You might say that would not be too hard as the standard of football this year has not been good. Last Sunday, however, Kerry and Dublin served up a cracker. Yes it was billed as the game of the year; the media and the GAA overkilling the past meetings of the two counties and the great rivalry that has existed since the seventies.

Dublin started the game on fire and you had to believe that the Dubs could pull away at their ease. However, Kerry under Fitzmaurice are a different challenge; he has turned them from being a traditional type team into a defensive group capable of hitting teams on the break.

Kerry have one major advantage over other sides as they are blessed with players all over the field capable of delivering a good kick pass and they can take their scores.

With ten minutes to go to half-time Kerry pushed up on the Dublin kickouts. Up until that point they had let the Dubs have the ball; they were five points down and pressed high. A poor kickout form the Cluxton led to the first goal; a high ball led to the second goal and Kerry chipped in with a couple of points to go into the break five points up.

The Dublin players had to be asking themselves ‘what just happened’? Maybe in the past they would have come out in the second half and looked for goals straight away; not under Jim Gavin. They are more relaxed, they’re disciplined and they played their way back into the game with some good points. Throughout the second half they never panicked; they upped the ante and tackled in packs.

They gave the Kerry lads very little opportunity on the ball and lifted the intensity. They were excellent but to be fair to Kerry they hit back again, three in-a-row put them two up and you would have said that’s it.

Much is made of the influence of a manager jumping up and down on the line pushing his players on. Brian Cody, the Kilkenny manager, is always on the go; he will go through every hit and puck of the ball and seems to get the best out of his players by doing that. Gavin is different, relaxed and calm, rarely shows his emotions and is always there to greet his players as they leave the field, a mark of respect for their efforts and something that is often overlooked. And unlike many other managers he is reluctant to be out in front; he rarely does television stuff and instead puts his players in the front line. That calmness, I believe, has passed through to the players on the field and is certainly one of the reasons that they hold their heads and use that experience that has being built up over the years when they need it most.

He also has the great knack of getting the best out of his squad and regardless of reputations or past performances its noted that the players in form are the ones picked.

Kerry came into the game without a proper test all summer and maybe that lack of sharpness early on was the difference in the end but they certainly asked plenty of questions of a Dublin team that many in the media believe unbeatable. You also have to consider the age profile of a number of the Kerry lads and you would have to believe we may never again see the likes of Kieran Donaghy, Mark O Se (probably one of the best defenders to play the game) and Colm Cooper (once described as a one trick pony), the best forward of his generation. There may be others who might not play in the Home of Gaelic games ever again.

Like them or loathe them they, brought a certain flair and excellence to the game. After the game both sets of players were applauded for their efforts and, of course, the referee was mentioned in the aftermatch messages for having a fine game. To be fair he was excellent; he let the game flow but above all he refereed the game with a bit of common sense and kept his black card in his pocket, where I believe that it should be kept and never taken out again.

When you see a game like this and watch how a match official can let the players get on with what they do best you would hope that the authorities in charge would let more of them do the same.

After the game there were reports of match programmes being fired at the Meath official from a number of angry Kerry fans who probably were aggrieved with a number of his decisions. The hits on Crowley and Bryan Sheehan inside the Dublin 45 in the closing stages could have been quite easily given as frees but David Gough didn’t give them. It would be impossible for any referee to get every decision right, especially in a game as frantic and intense as this one, but overall I thought it was the best display by a match official for a long time and many of his colleagues should take note.

Dublin will now take on Mayo and the same questions will be asked once again. Can the men from the west get over their hoodoo and get over the line?

If all fails maybe they could ask Eamonn McGee to give the Dublin lads a call the night before the game just to throw them off a bit.