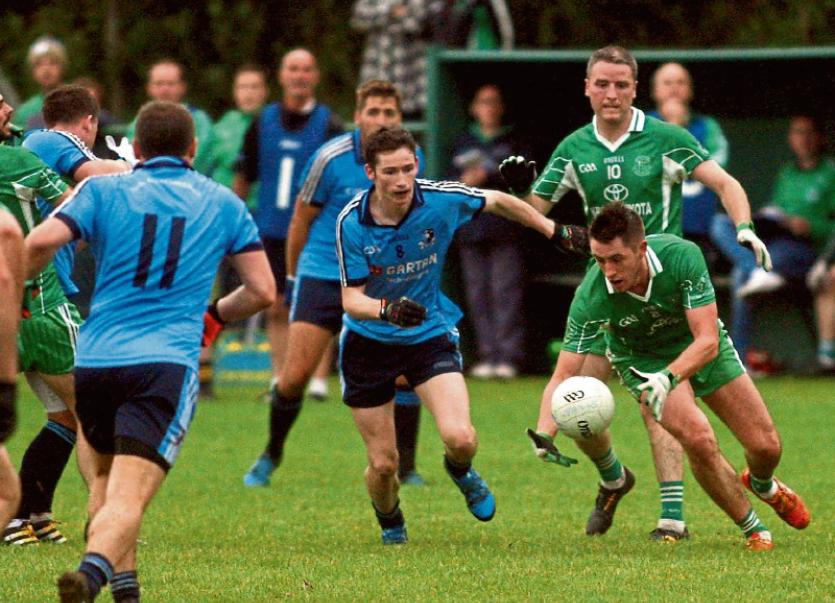 Goals, those devilish deciders, played a key role in Milford’s marginally deserved victory over a battling St Naul’s side at the Gerard Gallagher Memorial Park.

The winners hit two later crackers, but Lady Luck played a huge role in their first two efforts, which effectively and irrevocably turned this encounter.

Two quite bizarre three pointers for the winners were hammer blows the home side never quite recovered from.

St Naul’s were by far the better team in the opening 20 minutes with Lee McBrearty, Barry Rose and Stephen Griffin posing all sorts of problems for Sean O’Donnell’s men.

Full-forward Shane Conneely was easily winning quality possession and St Naul’s should have been leading by more than 0-6 to 0-4 when Milford were awarded a '45' in the 20th minute.

Rampant Naul’s had earlier raced into a 0-3 to 0-0 lead thanks to well-struck efforts from the inevitable Stephen Griffin and Barry Rose.

But the Zen like figure of Danny O’Donnell’s calm demeanor seems to have filtered through to his players, as they just don’t do panic and gradually eased their way back into contention through points from Gary Merritt, Darragh Black and P J Hagan.

The excellent Merritt slipped and fell as he struck the '45', causing it to dip viciously and it seemed to skim off the top of Brendan McCole’s fingers past an unsighted Gavin Mulreaney.

Suddenly, Milford, who had been slightly on the ropes, were now in a one-point lead at 1-4 to 0-6.

Edward Kane hit a fine leveller for the home side before Lady Luck played her second card for Milford.

This time it was a rasping, dipping shot from Darragh Black that the luckless Mulreaney let slip from his grasp over the line in the 22nd minute.

Two goals in almost as many minutes were cruel blows to the home side and the winners led by 2-5 to 0-10 at the interval.

Milford stepped up a gear after the break and they threw on Cathal McGettigan and T J Evesson, who both made an impression from the bench.

But, in McGettigan’s absence from free-taking duties, ex Finn Harps player Gary Merritt gave quite an exhibition in free taking.

And their slick moving forwards were beginning to find more room as Christopher Barrett played a slick one two with Pauric Curley before striking a fine goal in the 37th minute.

Barrett’s blaster put Milford ahead by 3-6 to 0-10 and they never really looked like being caught thereafter.

Lee McBrearty, Cathal Lowther and Barry Rose all battled hard to get the home side back in contention.

But there is something inexorable about this Milford side when it comes to putting teams away in the second half.

Stephen Griffin was on target for the losers, but Merritt continued to land some fine long-range efforts.

And, this match was well over as a contest when sub Cathal McGettigan (and what a sub to bring on) found the net after a swift decisive move in the 57th minute. 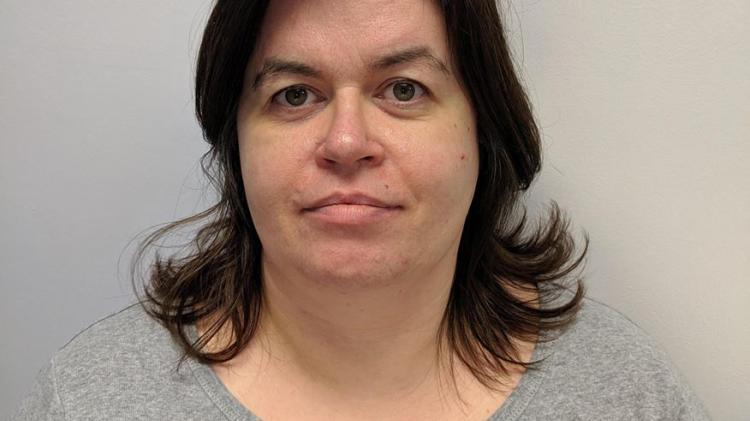