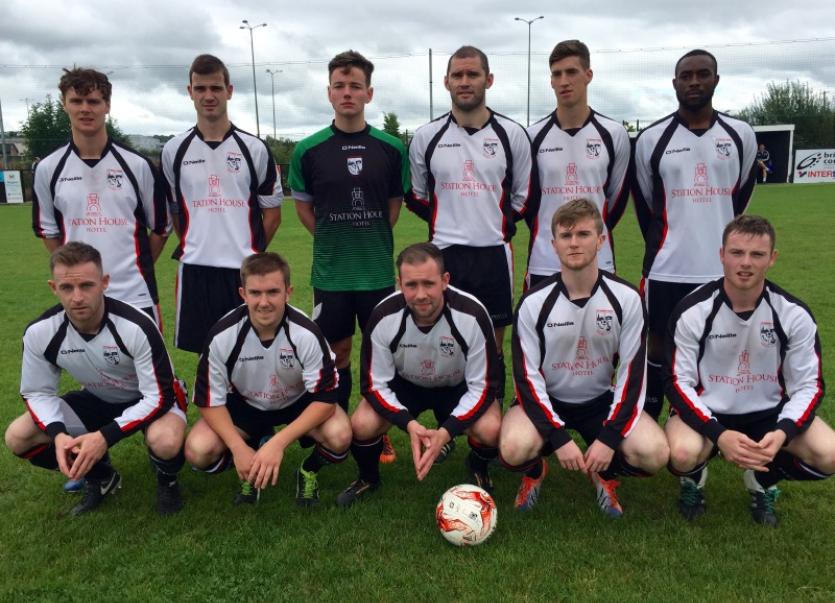 After losing to Cockhill Celtic in mid-week, Letterkenny Rovers bounced back with a comfortable win over Swilly Rovers in the Donegal News USL League Cup on Sunday.

It means Letterkenny join Cockhill from Group A in the semi-finals of the cup.

This win was built on a blistering three minute period in the first half when Letterkenny scored three of their goals.

The home side introduced Brian McVeigh and Darragh Black for their first starts of the season and both were to the fore.

Itt was McVeigh who fired Rovers in front on 11 minutes. A fine flowing move involving Christopher Flanagan, Black and Darren McElwaine led to a teasing ball into the box which wasnt properly cleared and the ball fell to McVeigh on the edge of the box and his wonder strike found the top corner leaving McColgan rooted to the spot.

The home sides joy was extended just a minute later when they doubled the advantage when Steve Okkapo-Emeka scored from close in.

Okakpo-Emeka then made the third goal for himself on 14 minutes when he pounced on a ricochet before rounding the keeper and fired home off Dylan Hegarty.

They went 4-0 up when McVeigh's exquisite throughball found Darren McElwaine and the big striker made no mistake firing low into the corner,

Swilly then had a brief period of dominance and were unlucky not to get one back when Aaron Rogan's free kick clipped the top of the bar while Laurence Toland had a deflected effort just wide. But they were thrown a lifeline on 38 minutes when Rogan made no mistake from the spot.

Rovers though were impressing with some pretty passages of football and went 5-1 up on the hour through Kevin McGrath.

Rovers looked lively every time they moved forward and they saved one of their best moves to score the last goal with Black, Okakpo-Emeka and McVeigh all combining to find McElwaine and his fine effort flew into the top corner.

A good result for the Cathedral town men who were also able to hand competitive debuts to Calvin O'Brien and David O'Donnell, while Shaun Curran also made his second appearance for the Leckview Park side.

League action commences for both sides next weekend when Letetrkenny welcome Derry City Reserves and Swilly travel to Bonagee.