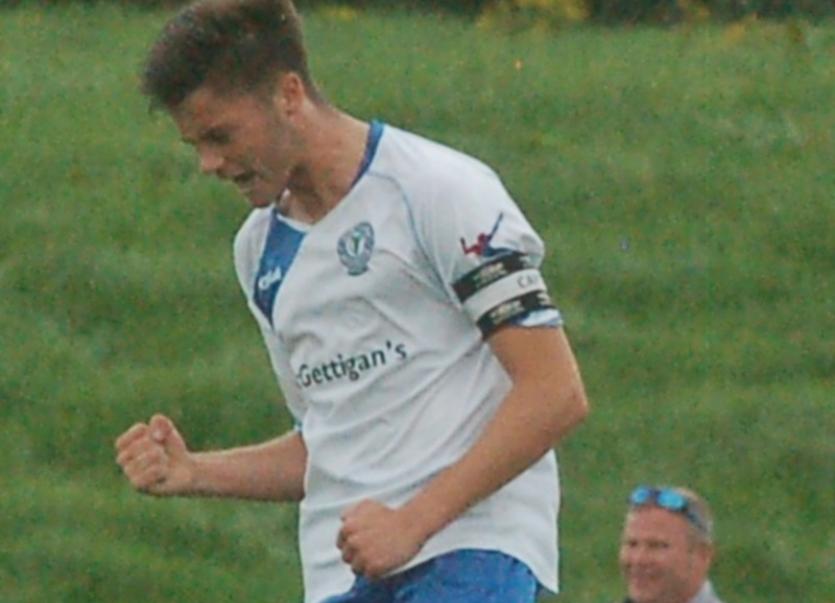 Finn Harps are still on track for a place in the knock-out stages of the National U17 competition after a 4-0 win over Shelbourne on Saturday.

Played at Curragh, Killygordon, this match was dominated by Harps in the first half and they led 3-0 at half time.

Two goals from captain Shane Blaney (pictured), one from a penalty, and a goal from Niall McGinley put Declan Boyle’s side in control at the break.

McGinley scored again in the second half to round off the win.

Next Saturday the Harps U17s make the short trip to take on Derry City in a local derby.