Questions for both teams after poor final 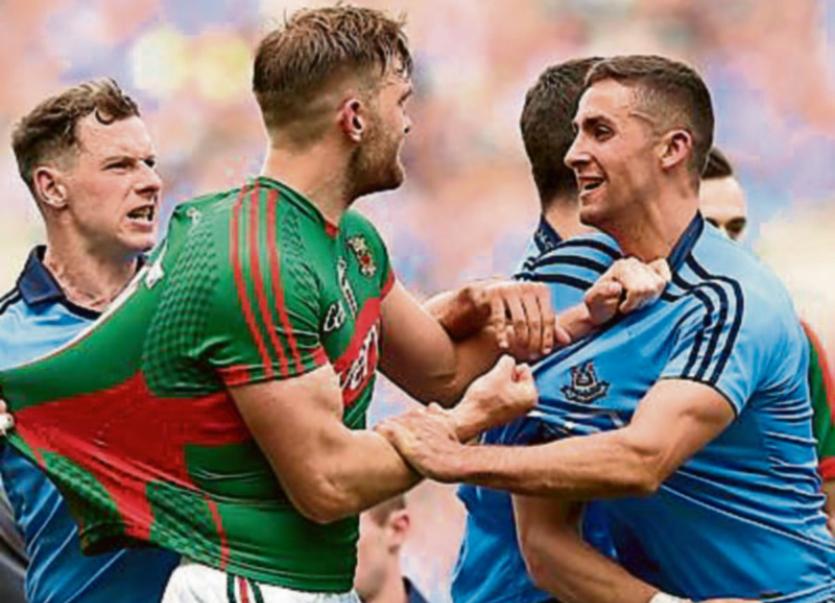 After watching last Sunday’s All-Ireland football final and tuning in to listen to the comments from the usual suspects on the Sunday Game team you could have been forgiven for thinking that there might have been something wrong.

After watching one of the poorest All-Irelands in years you would have expected an onslaught of negative comments on the state of Gaelic football in the country; a game riddled with poor hand passing, kick passing, some woeful shooting for scores and a lot of questionable decisions. But no. The lads loved it; they were on the edge of their seats and couldn’t speak highly enough of all those on show.

It was brilliant, as good as they ever seen and they couldn’t wait to come back to do it all over again in a fortnight’s time.

Yet I would have to say I was a bit cynical about their response. They crucified both teams after the Ulster final and what they didn’t say about Roscommon and Galway after their drawn encounter earlier in the summer would not be worth repeating. Yet last Sunday's game was a classic.

It was probably one of the poorest finals in a long number of years. The weather conditions made for a slippery ball and poor underfoot conditions but you would have hoped the players would have adapted better.

Mayo would have been delighted with the conditions especially as they were always going to have to be the aggressor if they were to come out on top. From the first minute they got into the faces of the reigning All-Ireland champions; they didn’t allow them to settle or ever get into a rhythm.

Mayo, from the throw-in, dictated the pace of the game and they were aggressive in the tackle asking the question of the Dublin players - do you really want it as much as we do?

The Dubs certainly got a couple of lucky breaks in the two goals but Mayo will have to ask themselves why did we give them so many opportunities to score goals? If they are to succeed in the replay they cannot afford to leave themselves as exposed.

Maybe in the past Mayo teams could have been accused of not doing enough when they got to the final. They never had that aggressive manner when it came to final days. Don’t get me wrong, they wanted to win as much as anyone else but they just didn’t have that edge, that bit of aggressive nature that gets you over the line. I am not talking about playing dirty but playing on the edge.

They brought that with them on Sunday and will have to make sure when they leave the west for the replay they take it with them again. When they went in at half-time they must have been asking themselves what do we need to do? Why us? It would have been easy for them to succumb to the idea, 'are we really cursed?'

They didn’t; they believed in the hard work and spirit that they have built up over the years. They believed that they were just as good as anyone else and just got on with it. Instead of feeling sorry for themselves they went for it at the start of the second half and within no time found themselves level.

At this point I think the fear or anxiety of the position they found themselves in seemed to get to them and they resorted back to type. They went back into their shell and let the Dubs breathe again. They found a bit of form and got back into the game and in the closing minutes hit a purple patch and looked to have snatched it.

Mayo dug deep again and maybe that’s why everyone felt it was a great game. Mayo showed more character in the second half of this game than maybe many would have felt they have done in the past. Could it be they didn’t care this time how they won it? They wanted it more than ever because for many in this present squad there might not be many more opportunities.

Cillian O'Connor’s last minute score was probably the only bit of quality that both sides produced in the entire 80 odd minutes. It was a piece of magic from a class act who for such a young man has carried the Mayo forward line for years.

I don’t agree with the argument that Mayo wanted it more than the Dubs. I would not agree with the argument that the Dublin management or players would have taken the game for granted. They're better than that but they were not at the level that we have come to expect. It was easy for the Mayo management team to get their players in the right place for the game. The entire media were so engrossed in this ultimate blue army that very few were giving them a shout. Very little has to be said in circumstances like that; the players know what they have to do without ever being told; the bodies go on the line but can it be replicated for the replay.

The Dublin team will be the ones getting it in the ear for the next ten days. They’re the ones who will be written off. I said last week that the Mayo management had done a terrific job in playing down their chances; what kind of line do they employ now?

Jim Gavin’s job was made easier by his team’s poor performance. They're proud young men and like every other player they love playing for their county. Do you think there will not be a response? Do you not think that Dublin will be a lot more aggressive than they were last time out? They will point to the fact that McCarthy’s black card was a joke and the treatment on Diarmuid Connolly was bordering on more than questionable and nine minutes of extra time? Who’s job do you think will be easier in the next ten days, Jim Gavin’s or Stephen Rochford?

Did Mayo miss the boat or has the Blue Army ran it’s course?