St. Pat's next up for struggling Harps 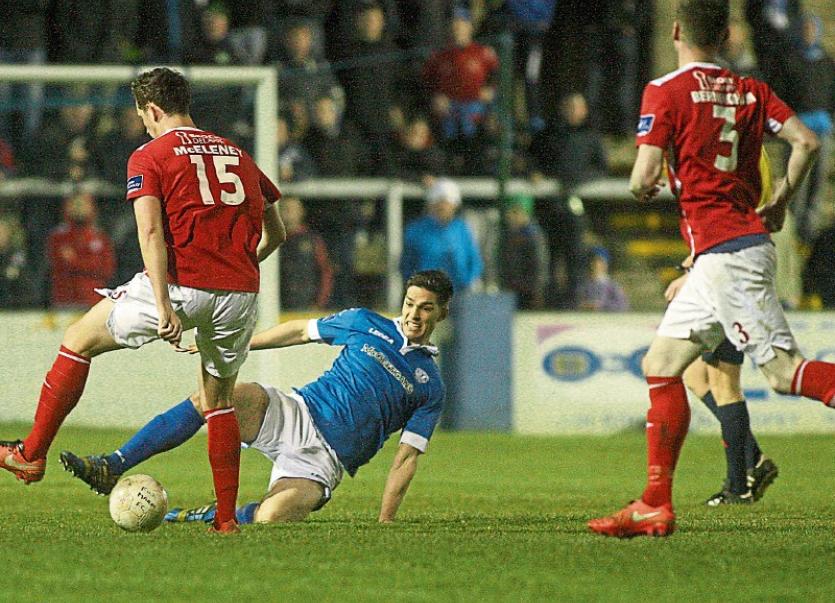 There are more selection concerns for Finn Harps manager Ollie Horgan as he prepares his team for the visit of St. Patrick’s Athletic in the SSE Airtricity League Premier Division on Friday night (kick-off 8pm).

Adam Hanlon (knee) and Barry Molloy are both rated very doubtful for the game while Sean Houston is also an injury concern.

Josh Mailey, who has began studying on a new course in England this week, is also unavailable, while Damian McNulty remains out. The defender hasn’t played since the end of July.

It means Horgan will have to reshuffle his pack yet again as he plots a way to end a disastrous run of results which has seen Harps lose eight games in the league on the bounce.

The latest loss came on Monday night when Cork City stole a 1-0 win in Ballybofey thanks to a controversial second half penalty.

“That’s the way it seems to be in this game.

“A couple of months back, we could do little wrong and everything was going for us. But when you’re struggling for results, nothing goes right.”

The big talking point from Monday night’s match was the decision to award Cork City a second half penalty when Josh Mailey was adjudged to have fouled Garry Buckley.

Horgan said he has since watched a replay of the incident a number of times, and is still not sure if it was the right decision.

“But having watched it back a couple of times, there’s a suggestion that there was a shoulder from Josh. Put it this way, it looked a bit different from the other side of the ground.”

Horgan said his players can take heart from a much improved performance against Cork as they prepare for St. Pat’s tomorrow night.

“It’s just a pity we got nothing from the game,” he said.

“But yeh, the team played well. We’ve got to try and lift ourselves again now and go again.”

With so many players carrying knocks, the manager may well have to wait until shortly before kick-off before deciding on his team.

They face a St. Pat’s side who retained their EA Sports Cup crown on Saturday with a battling 4-1 win over Limerick at Market’s Field.

St. Pat’s came from behind to win, with a dominant second-half reaping the rewards. Christy Fagan, Conan Byrne, Jamie McGrath and Graham Kelly got the goals to give St. Pat’s victory.

St. Pat’s have already beaten Harps twice this season, 2-1 in Ballybofey back in April and then 4-0 at Inchicore in May.

After this weekend, Harps face two games on the road, at Galway United (Oct 1st) and Sligo Rovers (Oct. 4th) before their next home game against Bray Wanderers (Oct. 7th).

As it stands, Harps, without a goal in any of their last eight games, sit four points ahead of Wexford Youths who remain second from bottom. Wexford, who have played a game more than the Donegal club, are at home to Bray Wanderers on Friday night.