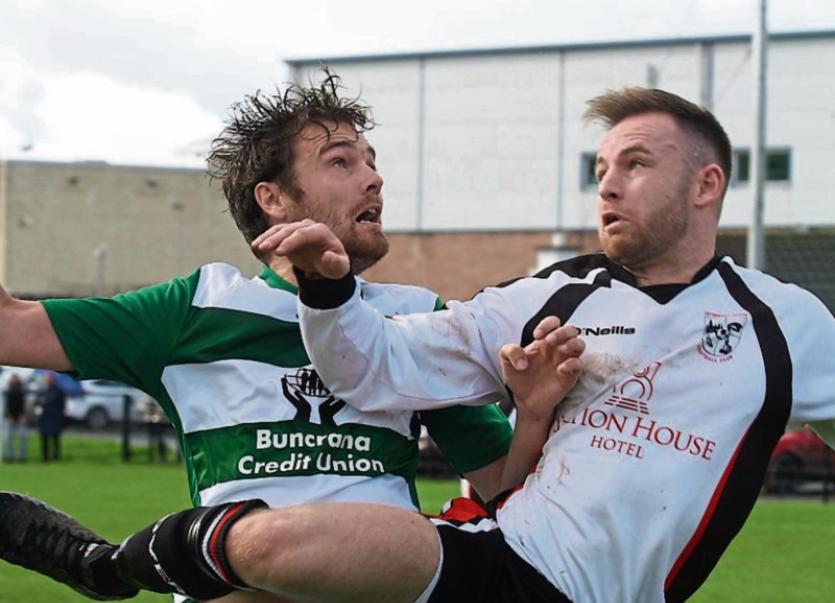 Harps, who are expected to largely comprise Under-17 and Under-19 players, have returned to the league following a 20-month absence.

Harps were set to mark their return on Saturday evening, but the north-west derby against Derry City Reserves was called off because of a waterlogged pitch at Finn Park.

Now, Harps will get underway against the club that provided the opposition for their previous game in the USL, back in February 2015, Bonagee.

Harps – winners of the USL back in 1999 - have since restructured their underage structure, led by Under-19 manager Joe Boyle and will be a welcome addition into the ranks of the Ulster Senior League again.

Bonagee drew their opening League game against Swilly Rovers when a late Aidan McLaughlin goal cancelled out a second-minute opener by Laurence Toland.

A week on from their tense and tight FAI Intermediate Cup clash, Cockhill Celtic and Letterkenny Rovers will renew adquaintances at the Charlie O’Donnell Sports Grounds this Sunday.

Derek Doherty netted the only goal of the game at Leckview Park on Sunday to put Cockhill through at the expense of Letterkenny, last year’s Intermediate Cup finalists.

Cockhill have won the USL for the last four seasons and began the latest defence of the crown with a slender 1-0 win over Fand United when Mark Moran netted.

Cockhill are without the injured Malachy McDermott and Garbhan Friel, but with the likes of Ryan Varma and Paul McKinney used off the bench on Sunday, the Inishowen men showed strength in depth.

The same could be said for Rovers, who took former Finn Harps man Mark Forker on as a substitute on Sunday. Darragh Black could return to the Cathedral Town squad this weekend, while Conor Tourish has been showing fine form since signing in the summer.

Rovers began their League campaign with a 2-1 win over Derry City Reserves when they gamely held out thanks to goals from Steve Okakpu-Emeka and Darren McElwaine.

In Sunday’s other game, Swilly Rovers – now under the management of Gerry Crossan – will host their old rivals Fanad United at Swilly Park.

Michael Devine began the season at Swilly, but has since signed for Fanad and is in line to face his former team-mates this weekend.

Swilly are without the suspended Marty McDaid for this one, but could see Jordan Toland included in the squad.