Welcome result for Ollie Horgan's side 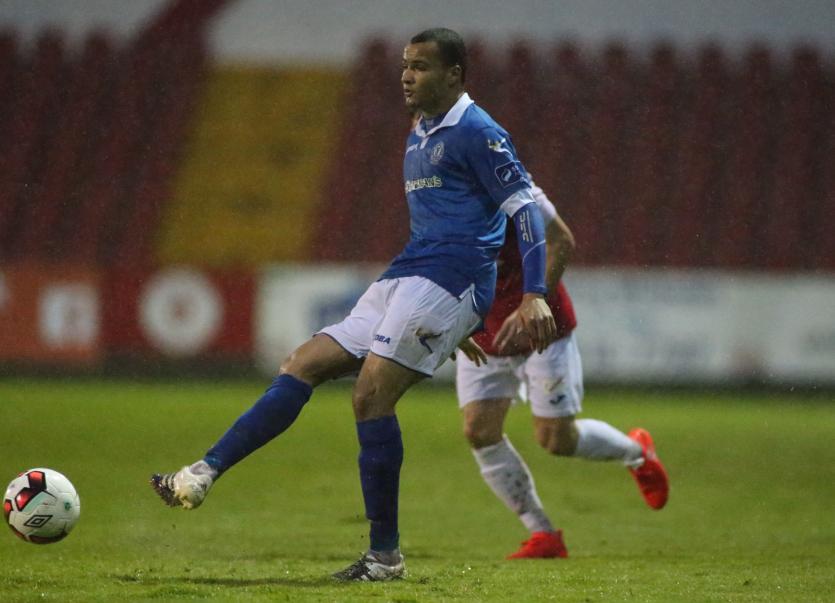 Ethan Boyle who gave away the last minute penalty against Sligo Rovers on Tuesday night.

Sligo Rovers missed a last minute penalty as Finn Harps grinded out a welcome point at The Showgrounds on Tuesday night.

The draw means  the run of straight defeats (nine in nine games), comes to a welcome end.

And they move five points clear of Wexford Youths with five games left to play.

It did seem as the travelling fans were heading for more disappointment when Sligo were awarded the penalty right at the end. Ethan Boyle was penalised for a challenge on Sligo captain Craig Rodden, but Raffaele Cretaro blasted his spot kick high and over the bar.

It was a dramatic end to an even contest that offered little in the way of excitement of major talking points.

But Harps won’t be complaining as this is a big step in their push towards safety.

Harps had made a string of chances from the side that lost 3-2 in Galway on Saturday night. With Ciaran Coll suspended and  Ciaran Gallagher, Tony McNamee and Tommy McMonagle dropping to the bench, Richard Brush, Barry Molloy, Michael Funston, Packie Mailey and Adam Hanlon all started.

Funston was once again his usual busy self on the right of a five-man midfield which did well in the opening stages. He combined with Sean Houston to set up Ruairi Keating for an early chance but the striker’s effort was off target. Keating would only last until the 24th minute before an ankle injury forced him off and he was replaced by Ryan Curran.

At the other end, Sligo, without a league goal since the end of August, had their moments in attack, but never really troubled Brush until shortly before half time.

A corner from the left was flicked on at the near post but the unmarked Achille Campion could only bundle the ball goal-wards and Brush was able to save on the line.

Right on the resumption, Harps won a corner which led to an amazing passage of play where Sligo twice cleared the ball off the line and keeper Nugent made a brilliant reaction stop when the ball almost deflected in off his own player.

It was the big moment of the game but disappointingly, there was little or no goalmouth incidents of any note in at times dour second half.

Harps were well organised and their determined approach ensured it was a frustrating night for Sligo. The home side’s best opening fell to Campion midway through the second half but after a brilliant run into the area, he shot well wide of Brush’s goal.

It was yet another game where Harps drew a blank. But thankfully for their long-suffering supporters, the result brings an end to a run of defeats that has turned a decent campaign into a battle to avoid the drop.