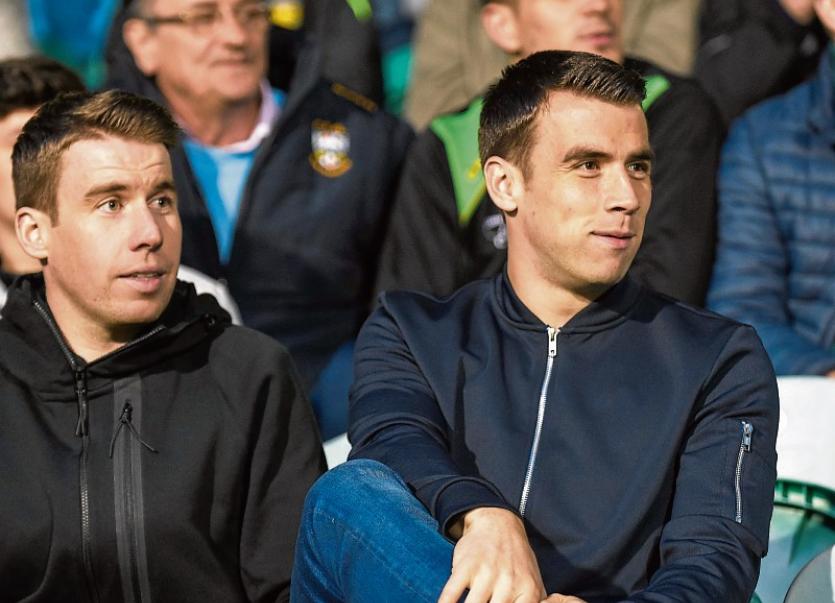 Seamus Coleman is in line to retain the captain’s armband as the Republic of Ireland return to World Cup qualifier action at home to Georgia tonight, writes Diarmaid Doherty.

The Killybegs man captained the side in their Group D opener in Serbia at the beginning of last month.

His appearance in that match came despite not featuring for Everton in any of their opening Premier Division games.

And the decision to make him captain in Belgrade was questioned by pundit Eamon Dunphy who wondered if it was a good time for Coleman to take on the role.

The defender looks to have recovered from the injury that blighted the opening weeks of his season and has been a regular for Everton since.

Prior to linking up with the rest of the Irish squad on Monday, Coleman took the opportunity to take in Sunday evening’s Donegal county semi-final in Ballybofey where Kilcar got the better of N Conaill.