Cloughaneely hold on for victory 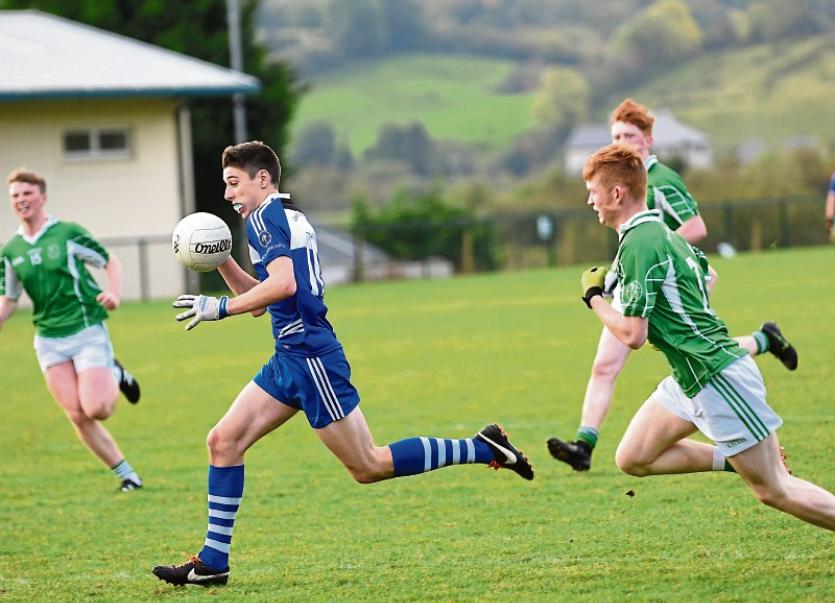 The large crowd in Glenswilly were treated to a cracking Minor Div. 2 final with Cloughaneely just prevailing by the minimum.

Both sides had periods of scoring bursts in the opening half as St. Naul’s led 0-3 to 0-1 after five minutes, but then Cloughaneely hit four on the trot.

A cracking goal from Michael Fitzgerald on 15 minutes put Cloughaneely in control, 1-6 to 0-4 and when they added two points from Jason McGee and Odhran McBride, it looked as if they were on their way.

But then we had three goals inside 90 seconds, Niall Coughlin getting two for St. Naul’s while Fitzgerald had his second in between. Coughlin was in the right place to slide home after Dermot Gallagher had an effort blocked, while his second came when a Gavin Mulreany effort for a point came back off the crossbar.

Fitzgerald’s came after great work by one of their real heroes, full-forward Ciaran McFadden and Fitzgerald’s quick thinking saw him flick the ball to the net over the advancing ‘keeper.

St. Naul’s finished the half strongly with points from Conor Gavigan, Sean T Meehan and Peadar Mogan to one in reply from the excellent Aiden Doohan to leave the half-time score, Cloughaneely 2-9, St. Naul’s 2-7.

By the 37th minute three Mogan points had St. Naul’s in front, but they were hit with a Cloughaneely backlash with Ciaran McFadden hitting 1-2 and Jason McGee and sub. Aaron Carton getting points.

Behind 3-13 to 2-10. St. Naul’s threw everything forward in the final quarter. They limited Cloughaneely to a Jason McGee long range free while Mulreany hit three placed balls while Mogan and Sean T Meehan also got points.

They had a number of half-chances for goal, but Cloughaneely held out for a narrow victory.