BURT AND MILFORD MUST MEET AGAIN 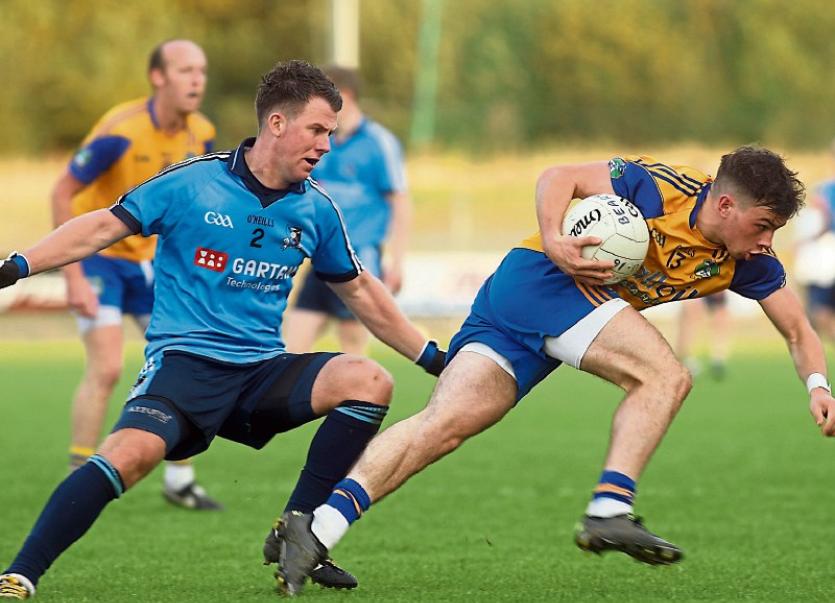 Milford and Burt are going to have to meet again in the Donegal Intermediate Championship after the final in O’Donnell Park ended in a draw,

Milford may have been the favourites but they were thanking their lucky stars at the end as Burt came from three down late on to draw level,

And the Inishowen men had a late chance to clinch the win but an injury time free from a tight angle tailed off wide.

A draw in the end was a fair result.

Burt, thanks to the early dominance around midfield of Conor Harkin and Ciaran Dowds, supplemented by Paul McHugh at wing-back, had the better of the early exchanges.

Milford looked nervous early on and the burden of favourites, as is often the case, was very evident in their early hesitancy.

A packed Burt defence, with often 14 back in their own half, frustrated the Division Two champions.

Conor Harkin, cutting in from the left wing, kicked the game’s opening score on seven minutes.

And with Joe Boyle in fine form from placed balls, Burt, the underdogs, raced into a three point lead, 0-3 to 0-0, by the ten minute mark.

A Cathal McGettigan goal, though well taken, had a touch of good fortune about it when a Gary Merritt shot for a point was half blocked.

It fell to McGettigan in behind the defence and from close range he drilled past Kevin McDermott.

However, this was only a minor setback for the Inishowen men who kicked on again to pull three clear thanks to Ciaran Dowds, Boyle, from a free, and Conor Harkin.

They led 0-6 to 1-0 after 20 minutes. But strikes from Gary Merritt and Darragh Black meant Milford were within striking distance at the break as Burt lead 0-6 to 1-2.

And the changes had the desired effect as Cathal McGettigan tied up the game within a minute of the restart after Barrett had been fouled.

And with T J Evesson and Gary Merritt pushing forward, Milford took a grip on the game and McGettigan, Merritt and Hagan got on the end of good moves to ease the boys in blue into a 1-6 to 0-6 lead by the 47th minute.

But the pre match favourites did not kick on and add that fourth insurance point.

And while Cathal McGettigan restored Milford’s two point advantage with four minutes left on the clock, the momentum had swung in favour of the underdogs.

And they sensed it and went for the jugular in the closing minutes,

Conor Harkin with a brilliant point under pressure set up a grandstand finish on 58 minutes. And one minute later he tied it up following a powerful run down the right wing.

And they had great chance to rewrite the history books when the impressive Paul McHugh was fouled driving forward.

Unfortunately, Joe Boyle’s late conversion from 20 metres out and close to the sideline, tailed off wide. In fairness to the dual star, who kicked four of his team’s tally, it was a difficult kick for right footed player.

The replay is back in O’Donnell Park next Saturday, throw-in 4.30 pm.