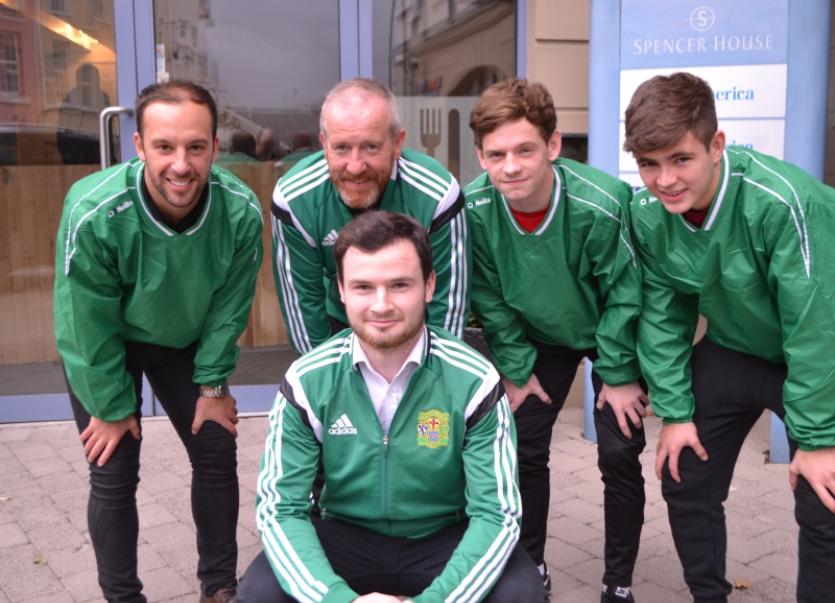 The USL squad travels to Cork on Friday hoping to reclaim the Michael Ward trophy which they’ve won twice in the last three years, in 2013 and 2014.

And Moran, who takes charge of the squad for the first time, is confident his players can deliver more success for the league.

“Listen ideally we would have liked a few boys who aren't available for different reasons,” he said.

“But I still believe we have a strong squad and we have had a friendly against Institute that went well. We're taking the strongest squad we can to Cork, and we're hoping to be competitive and bring back the trophy.”

Moran, the manager of Bonagee United, said taking over from Donal O’Brien as Ulster Senior League team manager was an honour. He had been part of O’Brien’s backroom team last year although the USL lost all three of their games.

“I keep telling players that you have to work and try and play at the highest level you can and it's the same for me personally as a coach,” he said.

“To be asked to manage the Ulster Senior League is a massive honour for me.

“Last year it was nice enough of Donal to invite me in and see what it is. It's a higher level – the physicality, the craft, the experience that some of the teams have.

“It was good to be there last year, and listen, it is a step up. It's the best players that each province can put out.”

The USL concluded preparations for this weekend on Tuesday night with a 5-2 win at Dergview.

Injury prevents Cullen from being involved in the squad as a player.

The USL open their tournament on Friday evening against the Leinster Senior League (7.30pm).

They play Connacht at 1.30pm on Saturday and then face the Munster Senior League at Turner's Cross on Sunday at 10.45am.