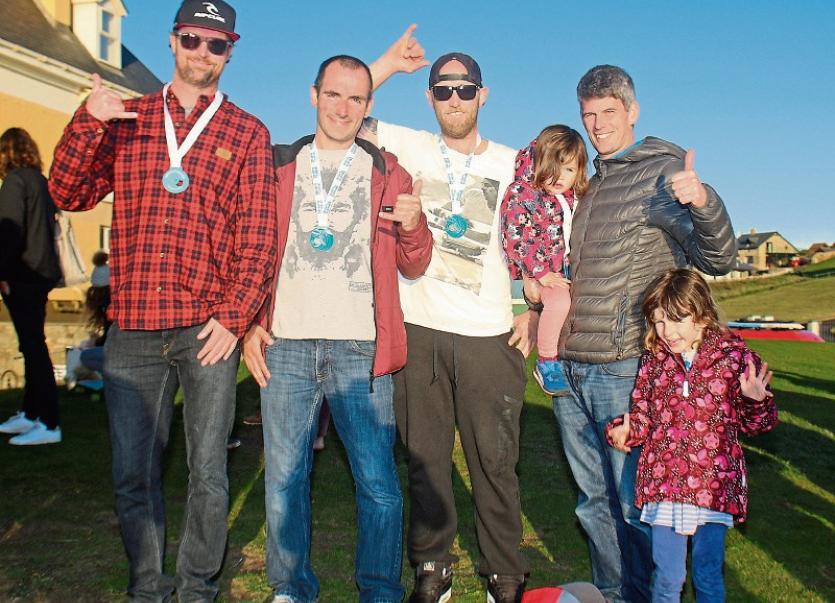 Last weekend saw a large number of surfers from the four corners of the country compete for the 48th Intercounties at Tullan Strand, Bundoran.

The competition was initially scheduled to take place at Rossnowlagh but conditions were just that little bit flat early on Saturday morning.

They defeated the Donegal team of Neil and John Britton, Stephen Conwell and Kenny Ward in the final run off at Tullan on Saturday evening.

Donegal Kooks won best junior team with the Wooden Spoon going to the young Wexford "Wexico" team of Michael, Sarah, Helena Paran and Ben Monaghan. Best wave was awarded to Aaron Reid for a perfect 10 in the final and best grom went to Sky Sacolax.