Horgan: "It's great that pressure's off'

Finn Harps end their season with visit of Bohemians 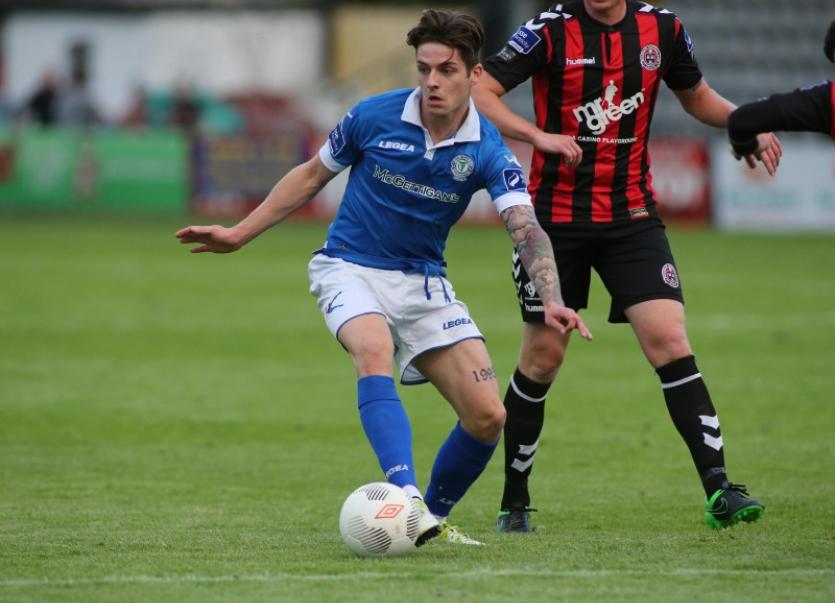 Premier Division safety might well be finally secured, but Finn Harps manager, Ollie Horgan wants his team to finish their season with the right performance against Bohemians at Finn Park on Friday night.

Cork City’s 5-0 win over Wexford Youths at Turner’s Cross on Monday night means it’s Wexford who will contest the promotion/relegation play-off next week.

Harps can look forward to another season in the big time but in the meantime, they’ll focus on rounding off their season against The Gypsies in Ballybofey tomorrow night.

Speaking yesterday, Horgan said the fact that relegation is no longer an issue is a massive relief all round.

“I’d thought it would go right down to the last game of the season, and then maybe even the play-offs,” he said.

“It was hard going, believe me. Hard going for everyone in the club, not just me, but the players, the management and those behind the scenes.

“It has taken a massive effort for all concerned.

“We’ve got Bohs now on Friday night and at least now, the pressure is off.

“We watched them the other night against Dundalk and they were very impressive so we knew they would give us a game.”

Last Friday night, Horgan’s patched-up side came out of Ferrycarrig Park with a vital point against Wexford. This weekend, there are even more absentees with Gareth Harkin suspended, Josh Mailey unavailable and Barry Molloy almost certain to miss out because of injury.

They join Keith Cowan, Ruairí Keating (both injured) and Damien McNulty (suspended) on the absent list.

The game is set to attract a decent attendance as another campaign draws to a close. And for many players, it might be their final appearance in a Harps shirt, with the vast majority of the squad out of contract after Friday night.

Not surprisingly Horgan has yet to give any consideration to starting to build a new squad for next year.

“I haven’t thought about it yet,” he said. “I don’t have a list of what players I might want to bring in or anything like that. I’ll sit down and have a chat with the committee and see what the plans are.”

All of the final series of games in the Premier Division take place on Friday night and all games, including Harps v Bohs, will kick off at 7.45pm.

With Dundalk sealing the league title last Sunday, nothing major rests on any of tomorrow night’s six matches.