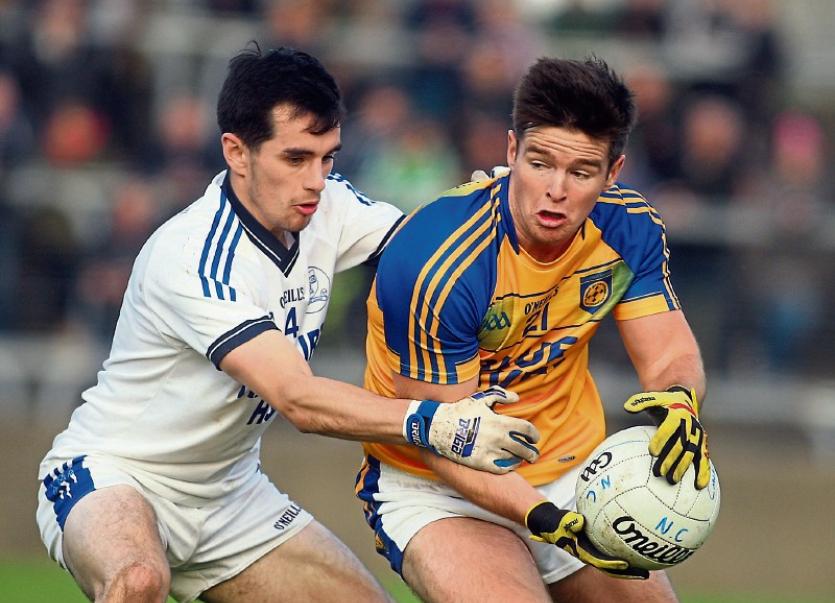 It may be an end of season league game but for Naomh Conaill and Kilcar the stakes could not be much higher when they meet on Sunday,in Glenties. (Throw-in 3 pm)

This is no ordinary mundane league game. Sunday’s tie is a league decider and the outcome will determine who takes custody of the Democrat Cup, the second most important trophy, in Donegal football.

And for two teams that would have began the season with loftier ambitions and a senior championship in their sights but ended up as also rans, a Division One League title is not to be frowned up.

With Kilcar a point ahead in the league table Naomh Conaill need to take the two points, if they are be crowned Division One League champions, for a third time and first since 2011.

Kilcar, who are chasing a second league crown in three seasons and a 12th league title in all, need just a draw to take the big prize.

Kilcar last won the Democrat Cup in 2014, under the stewardship of John McNulty and current Donegal manager Rory Gallagher.

Naomh Conaill and Kilcar have met twice already this season, once in the league and once in the championship with Kilcar coming out on top by big margins on both occasions.

Kilcar won that game 3-16 to 0-7, which was seen as something of a freak result at the time.

But there was nothing freakish about Kilcar’s 11 point, 5-10 to 1-11, senior championship semi-final victory at the beginning of last month.

Kilcar simply turned in a champagne performance as they recovered from going five points down early on to win pulling up, at the end of a team display and overall performance that had restored the purest faith in football.

The McHughs, Ryan, Eoin and Mark and Patrick McBrearty were simply outstanding for Kilcar.

Michael Hegarty, Conor Doherty, Eoin McHugh scored the first half goals and Patrick McBrearty and Eoin McHugh added the second half goals to clinch a runaway win and as good a team performance as seen in MacCumhaill Park for many a long day.

Naomh Conaill, who played a surprisingly open game in defence, simply could not cope with the running and pace of Kilcar and they paid the ultimate price.

This despite posting 1-11 themselves which was often enough to win most championship games.

Kilcar went on to subsequently lose the county final to Glenswilly by a single point, in what was seen as a major upset.

“It was difficult to get back on track again after going out of the championship,” said Martin Doherty, joint manger of Naomh Conaill along with Martin Regan.

“Thankfully we got the result from those two games and the Bundoran game was a real tough challenge and just what was required to get our focus back and in with a chance of some silverware to show for our season,” explained Martin Doherty.

Kilcar bounced back from their county final disappointment with a big win over Ardara to set up Sunday’s winner-takes-all showdown.

Kilcar will be without Barry Shovlin, who suffered a leg injury in the championship quarter final win over Termon and is still sidelined. But other than that, they have everyone available.

Naomh Conaill will definitely be without Seamus Corcoran while Martin Doherty and Martin Regan are sweating on the fitness of Darragh Gallagher.

Corcoran is out after suffering a cruciate injury in the first half of the semi-final against Kilcar while Gallagher is struggling to shake off a calf injury suffered in the quarter-final win over St Eunan’s.

This tie is set up to be a highly competitive encounter and the outcome may very well come down to whether or not Naomh Conaill revert to a more defensive formation than the one adopted for the championship meeting.

Not to would be foolhardy and would hand Kilcar a huge advantage.

But even if Naomh Conaill go defensive, Kilcar still have the greater quality up front to go someway towards easing the pain of the championship final defeat to Glenswilly.