DEMOCRAT CUP IN KILCAR FOR ITS 90TH BIRTHDAY 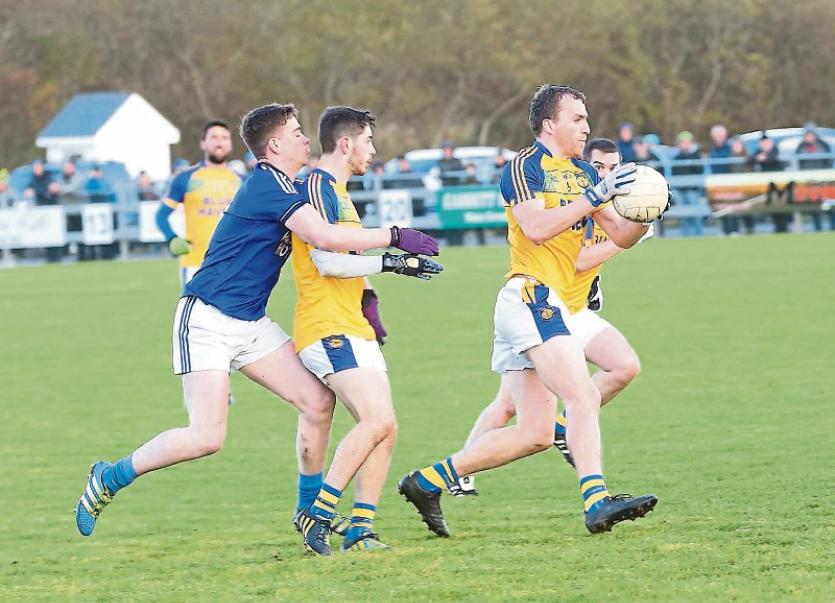 The Democrat Cup, first presented 90 years ago in 1926, made its way to Kilcar on Sunday evening after they defeated Naomh Conaill in what was a league play-off in Glenties.

It was a 12th Division One league success for Kilcar and their second in three years.

The cup was presented to captain Ciaran McGinley and it represents some compensation for their shock defeat in the Co. final three weeks ago.

“We are delighted to win the league. It was a tough battle between ourselves and Glenties and it is great to end the year on a high after a disappointing end to the championship,” McGinley said afterwards.

Kilcar had to regroup after losing out to Glenswilly in the championship final and McGinley paid tribute to his teammates and management for getting back on track for the league.

“It was tough after the county final and the disappointment of losing the final. It was a first final for a lot of the lads which made it more difficult for them.

“But we regrouped and got back and got back down to training again in Towney, which was the best way to deal with the defeat in the final,” said McGinley.

Kilcar finished the league two points clear of Gaoth Dobhair and three clear of their opponents in the final game, Naomh Conaill.

They were presented with the cup to keep after their three in-a-row in ‘81, ‘82 and ‘83, and they were the first of the new cup presented for the 1984 competition.