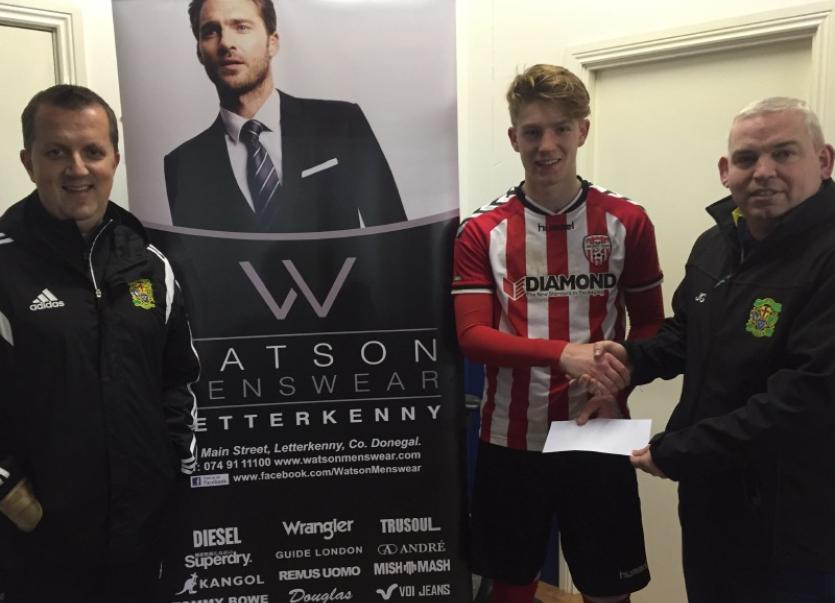 Bonagee United manager Peter Moran has called on his squad to summons the same unwavering belief shown by the committee at Dry Arch Park.

It has been a big period for the club, who last Friday night celebrated the official launch of their new development, including the installation of floodlights at Dry Arch Park.

“If our players had the same mentality as the committee at Bonagee United, we’d be a hell of a lot closer,” Moran said.

“Where they have taken the club to is immense. We have absolutely brilliant facilities that are the best in the county, if not the country at our level.

“We need to realise that and see what the club has given to us. We need to put that on the pitch now.

“We’ve had big days, won a Cup, won a Shield and came second in the League, but that doesn’t matter. Until you become a winner and start repaying that, it doesn’t matter.”

Cockhill have hit 19 goals in their last three games and are really showing their strength these days.

They beat Swilly Rovers 7-1 at Swilly Park on Sunday to move three points clear at the top.