Even the GAA will feel the effect of Trump's election 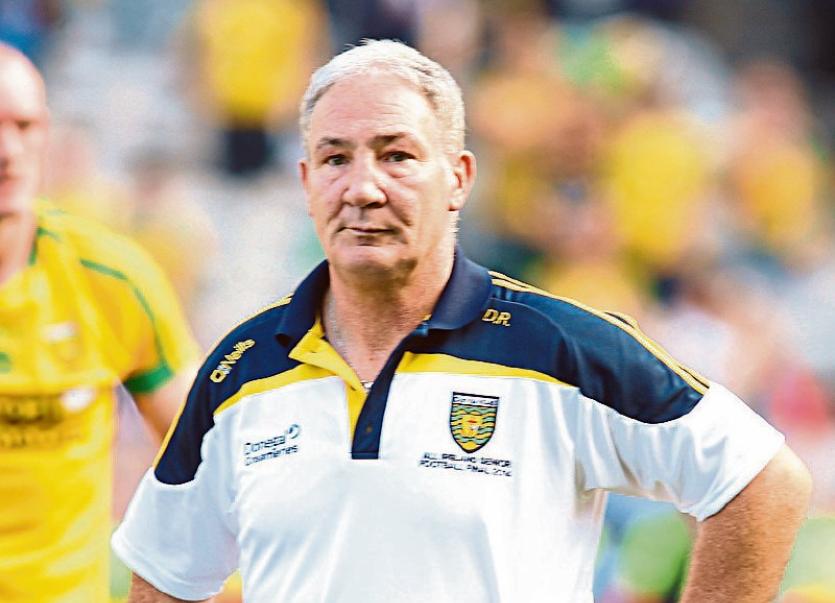 New York County Board Chairman, Lawrence McGrath from Pettigo, has been talking about the repercussions for the GAA fraternity in the US after Donald Trump’s shock victory in the US election.

He said there are a lot of people “on edge” in respect of Trump’s immigration policy. Trump spoke in August last year about his plan to scrap the J1 student visa programme.

“It would do a lot of harm to the clubs because our clubs depend on the J1 visas,” Lawrence said.

“But it would also do a lot of harm to the businesses around the Irish neighbourhoods and students that depend on the funds for the summer to keep them going the following year in college.

“The Irish neighbourhood here are praying it won’t come to pass. There are a lot of kids who are American citizens but their parents aren’t”.

I agree with Lawrence and fully appreciate his concerns. I hope the President-elect rethinks his immigration stance in respect of the Irish who have done so much to make America “great”.

The worldwide, and particularly, the North American media are scrambling to find reasons why they got their predictions so wrong. Just this week, the New York Times said it will rededicate itself to reporting American and worldwide news “honestly, without fear or favour”.

The election of Donald Trump as the next US President has caused consternation and loathing from intellectuals, along with the political and cultural elites in the western world.

Celebrities such as Beyonce, Bruce Springsteen, Jay Z and Madonna were rolled out by Hillary Clinton to instruct the US public to vote for her. Didn’t they watch the wildly available documentary ‘Clinton Cash’ before they endorsed her? Instead they took to social media in the aftermath. They used words such as “sad” and “terrified”.

For Trump, it was a famous victory, but even more than that, it was a famous defeat for Clinton. The post-mortems will be many, but there are two main reasons why I believe it all went so wrong for Hillary Diane Rodham Clinton.

Firstly, there are those emails. If it had been an ordinary person endangering the security of classified information, it is probable that that person would have been hung out to dry, lost their job, and been professionally ruined. You see, it is one law for the elite, and another for the rest.

The other factor was how the Christians were swayed by Trump’s anti-abortion stance.

I’m sure that most people have heard about Roe V Wade. Well, basically after this court case in 1973, abortion was legalised in America. Much of the contention centred on when life begins.

They didn’t resolve the issue but we now know scientifically that life begins at conception (Life Before Birth, Marjorie England; and Essentials of Human Embryology, Keith L Moore).

There are many more references but, these few will suffice for the purposes of this article. They weren’t sure if the foetus was human. If they weren’t sure, then why did they legalise abortion?

It's like running over an overcoat on a dark night in the middle of a highway, that has the shape of a human being, and it might be an old drunk who's just lying there, stoned in the road. And it might just be an overcoat. And you don't swerve, you deliberately run over it.

Eighty-one per cent of white evangelical Christians voted for Trump, as did the majority of people who attend religious services once a week or more.

Catholics were slightly more divided than born-again Protestants, but 60 percent still went for Trump (The Atlantic).

Other factors contributed too. Trump appealed to the working-class as well as those who are fed up with political correctness.

Donald Trump tells it as it is. And like Katie Hopkins, he says what a lot of people are thinking. Since the election, the media on this side of the pond seem less interested in the Republican candidate’s victory than in the protests against it in several American cities.

The basic message from the Trump-thumping transatlantic media is that the American Trump voters are ‘low information’ voters (US political code for ‘low intelligence’) and that they must all be racist, misogynistic, homophobic and Islamophobic. It is as though the Democrats are saying that there is something wrong with the voters.

In the UK, there was a notion amongst the establishment that people were too stupid and ignorant to be allowed to vote on such an important issue as Brexit.

Perhaps, the post-referendum t-shirt produced by the Guardian, declaring ‘Never underestimate the power of stupid people in large numbers’ should go on sale to those prosperous Americans now!