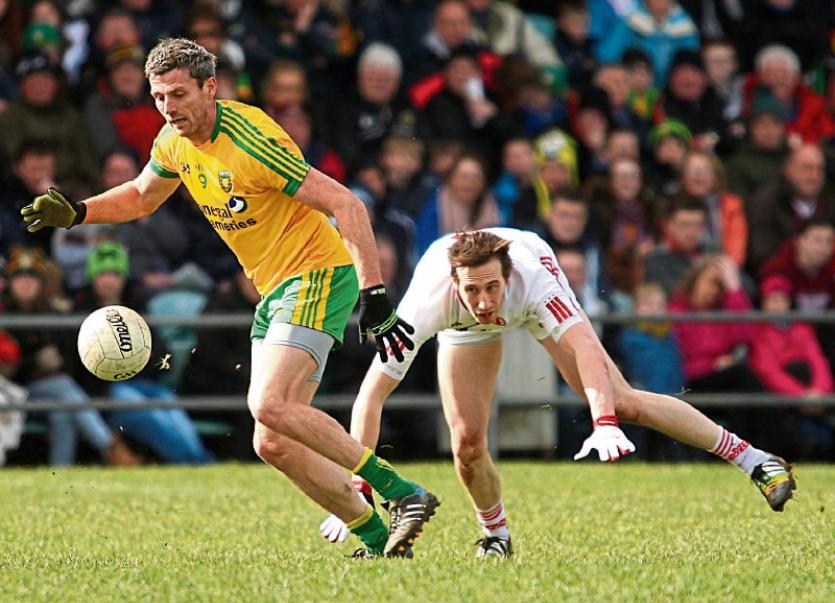 Rory Gallagher is waiting on a number of the senior members of the Donegal squad to decide on their futures before he finalises his panel for next season.

The Donegal manager said he intends unveiling his new panel once he hears from a number of the senior players who are still mulling over their own plans.

Eamon McGee and Colm McFadden are the only two members of the 2016 squad who have announced their retirements.

The manager confirmed this week that former All-Stars Karl Lacey and Frank McGlynn are back on board for 2017.

The word locally in Glenswilly is that Neil Gallagher is anxious to play on for another season. The All Star midfielder missed most of the inter-county season through injury but had a brilliant club championship campaign with Glenswilly.

“No one else has declared yet,” Rory Gallagher told the Democrat.

“There are a few people looking at their bodies, a few of them are getting scans and one thing and another.

“But nobody else has said for certain that they are definitely out, though I do expect a couple more will call time on their careers.”

The manager also insisted that he was not putting any of his players under pressure, and was giving them time and space to make up their minds.

“Out of respect to these players and the great service they have given Donegal, we will let a little time pass to consider what they are doing,” he said.

“A number of them are not long finished up with their clubs. They may have been out of the championship but they were tipping around with league football.

“They want maybe four to five weeks of real down time away from club and county football to gather their thoughts and see what is best for themselves and Donegal in 2017.

“It may be injury permitting for a couple of lads.”

He also intimated that he was not putting any time limit on the players in question.

But he does feel that the picture will become clearer in the next couple of weeks and he will be in a position to finalise his panel before the players return to training at the beginning of next month.

The Burt clubman, a member of the 1992 Donegal All-Ireland winning squad, replaces James Gallagher who could not give the commitment required.