CT Ball Division Two side on a winning streak 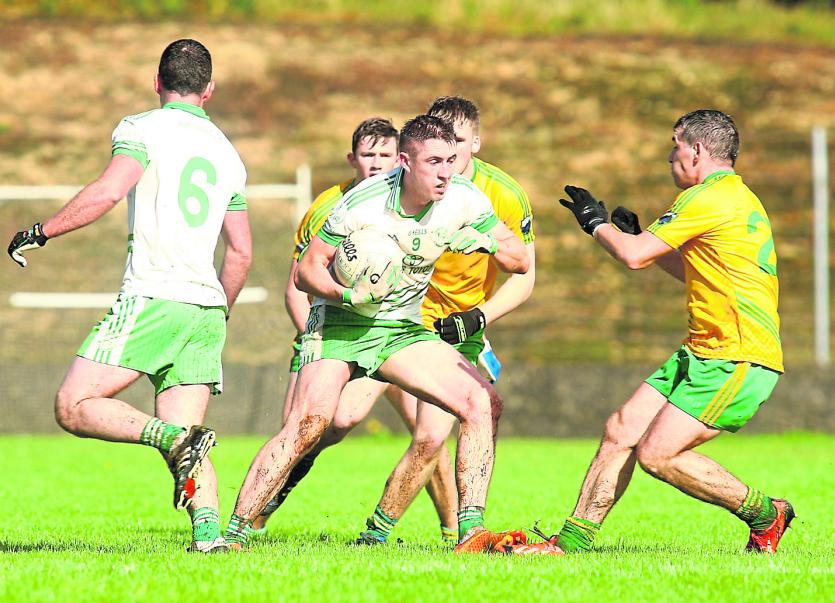 Stephen Griffin reckons Eany Celtic’s victory over Lifford Celtic last Sunday might well have opened the way for Eany, Dunkineely Celtic and Letterbarrow Celtic to mount a challenge for automatic promotion from the CT Ball Division.
Griffin opened the scoring in Eany’s 3-2 win last Sunday. Prior to that game, Lifford had won nine from nine in the league.
“For a long time it looked as if Ballybofey and Lifford were in a strong position to go up,” Griffin said.
“In fairness that might well be the case, but with Lifford dropping their first points, it might open the way now for the teams coming behind.”
This weekend, Eany Celtic have another big test when they meet fourth-placed Dunkineely in a local derby.
After a shaky start to their season, Eany have been enjoying a fantastic run and have now won six on the bounce. Griffin has eight goals to his name this season, including five in the last three games.
“We’re going well and the lads are all chipping in with goals from different areas in the team,” he said.
“We’ve a few younger lads in the side as well like Daniel Meehan, Daniel Gallagher and Ian Campbell, and they have been brilliant for us.”
Griffin said Eany’s manager, John Gallagher, has put together a very strong squad and after all the effort he has put in over recent seasons, it would be great if Eany could gain promotion up into Division One.
At 29, Griffin is enjoying his football, and is also looking forward to getting back into action with St. Naul’s in the All County League once the new GAA season gets up and running.
A former county football, he called time on his career with Donegal in 2015 when he stepped away from Rory Gallagher’s squad.
“Between work and everything else, I just couldn’t give the commitment that you need for that level,” he said.
“Some people don’t realise the effort that players have to put in. When you think of the commitment our senior players have given to the county for so many years, they are brilliant.”
Sunday’s game between Eany Celtic and Dunkineely Celtic is the stand-out match in the CT Ball Division.
It’s part of a busy programme of fixtures across the weekend.