Dunkineely have the local bragging rights after good win over Eany 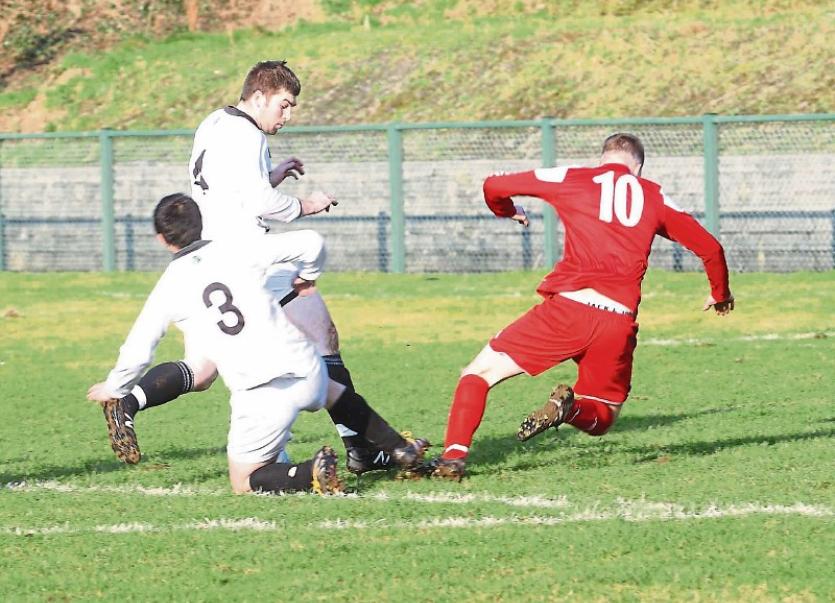 Dunkineely Celtic had much the better of the local derby in the CTBall Division Two against Eany Celtic at Eany Park with an easy victory.

The final scoreline did not flatter the winners, who could easily have had a bagful of goals if their front men were a little sharper.

The Eany defence was under pressure from the start, especially from the long ball from ‘keeper Gavin Mulreany.

The absence of a few regulars from the starting line-up did not help Eany, with Stuart Johnston out injured and they had to start without striker Stephen Griffin.

On the other hand Dunkineely had a couple of players who they will miss due to pending suspensions in the coming weeks - Pauric McIntyre and Martin Cunningham.

Dunkineely had a penalty shout after just five minutes with Cian Kennedy going down after a challenge. Kennedy was to be involved in most of the Dunkineely chances and it was no surprise when he got the opener on 18 minutes. A long ball from Mulreany was controlled by the excellent Adrian Nesbitt, who put Kennedy through.

Kennedy had a great chance on 32 minutes but a combination of ‘keeper Cathal Gallagher and a last desperate tackle from Caolan Gaffney denied him as Dunkineely just led by 1-0 at the break.

Eany Celtic started without their top striker Stephen Griffin - he was introduced in the early stages of the second half , but by that stage, Eany were in trouble.

A free from Des McGroarty almost caught Gavin Mulreany out, but at the other end Nesbitt released Kennedy, who was just wide.

Eany’s best chance came five minutes into the second half. An effort from Paul McGroarty was saved and on the follow up, Dan Meehan’s header was saved by Mulreany.

The long ball from Mulreany was again causing problems in the second half and after Adrian Nesbitt went close, Dunkineely went two up on 49 minutes when Nesbitt released Aaron Byrne, who broke from midfield and had a straight run on goal to slide home.

Stephen Griffin was then introduced, but apart from a Mark Ward header, the home side could make little headway.

Des McGroarty and Damien Quigley were shown yellow cards after a little argument, but overall this derby was played in a very sporting manner with Dunkineely very convincing winners.

Dunkineely were obviously the happier side at the finish with Alan Lyons and Shane McWhinnie dominant in defence while Aaron Byrne, Adrian Nesbitt and Cian Kennedy played key roles.