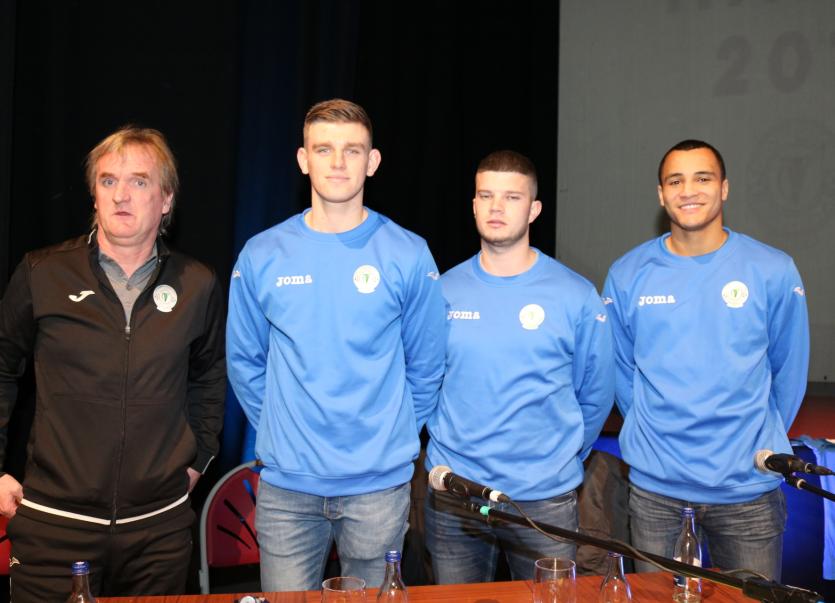 Finn Harps’ busy schedule of pre-season games starts next Saturday when they travel to play First Division Athlone Town at Lissywollen (kick off 2pm).
Harps boss Ollie Horgan said that he plans to use all his new signings in Saturday’s game.
New arrivals Danny Morrissey, Killian Cantwell, Jonny Bonnar, Caolan McAleer and goalkeeper Harry Doherty are all expected to feature.
And another player who could well be included is Dundalk's Ciaran O'Connor. The striker has agreed a loan move to Finn Park.
“I’ll be playing as many of the new players as I can,” Horgan said.
“I need to get a look at them in a proper game and it’s games like this match against Athlone that will let me do that.
“The squad has been in training for a few weeks now and these matches are another part of our preparations for the new season.”
Finn Harps will follow up Saturday’s game with a match against the Inishowen League’s Oscar Traynor Cup team at Maginn Park, Buncrana on Tuesday, January 31st.
They will then travel to play Longford Town away on Saturday, February 4th.
Harps have also pencilled in a friendly against Institute on Tuesday, February 7th.
A friendly against Shelbourne, which was due to be played on Saturday, February 18th has been cancelled. However, Harps will now travel to Dublin to play Cabinteely FC on the same date.
Speaking yesterday prior to news of the reports relating to O'Connor, Horgan said he was still on the look-out for a new striker.
Harps kick off their new Premier Division season with a home game against FAI Cup winners Cork City in Ballybofey on Friday, February 24th.