New signings get the goals as Harps beat Inishowen

First run-out in pre-season for Ollie Horgan's side 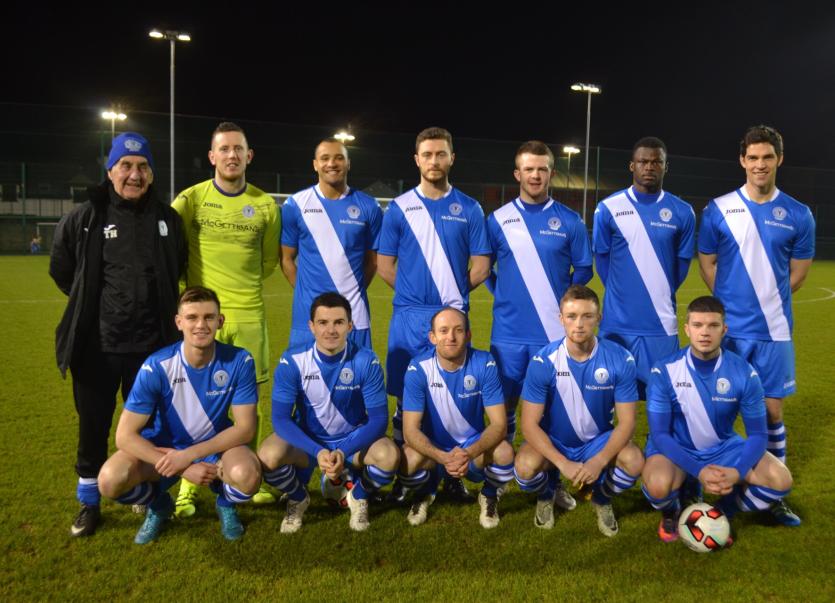 The Finn Harps side who played against the Inishowen League on Tuesday night. Photo: Stephen Doherty.

Two of Finn Harps’ new arrivals got the goals as Ollie Horgan’s side came from behind to beat the Inishowen League in Tuesday night’s friendly at Maginn Park in Buncrana.

Ciaran O’Connor and Danny Morrissey were the Harps goalscorers on a night when the Donegal club finally saw some pre-season action following the postponement of last Saturday’s friendly in Athlone.

Killian Cantwell played the whole came in defence and Caolan McAleer featured in midfield for Harps while the club’s new goalkeeper, Harry Doherty, played the second half.

Horgan’s side also featured a few players who are on trial at the club with Thomas  Amegnaglo playing in midfield and Aizi Nahanod and former Insititute player, Jamie Dunne, both featuring in the second half.

All the goals came in the first half. The home side, who are preparing for an Oscar Traynor Cup quarter-final, started well and were in front on 18 minutes when Mattie Henry produced a brilliant finish to beat Ciaran Gallagher.

Harps were level on the half hour following a foul in the area on O’Connor by Matthew Byrne. O’Connor took the resulting penalty and fired into the bottom corner.

On 37 minutes, his strike partner, Danny Morrissey, showed great awareness to pounce on Shane Canning’s back-pass and steer the ball under the outrushing Darragh McLaughlin and into the net.

Both teams made several changes in the second half and it was Harps who created the majority of the chances with McAleer and substitute Nahanod both missing good opportunities.