Eilish Ward and Donegal get set for Kerry test 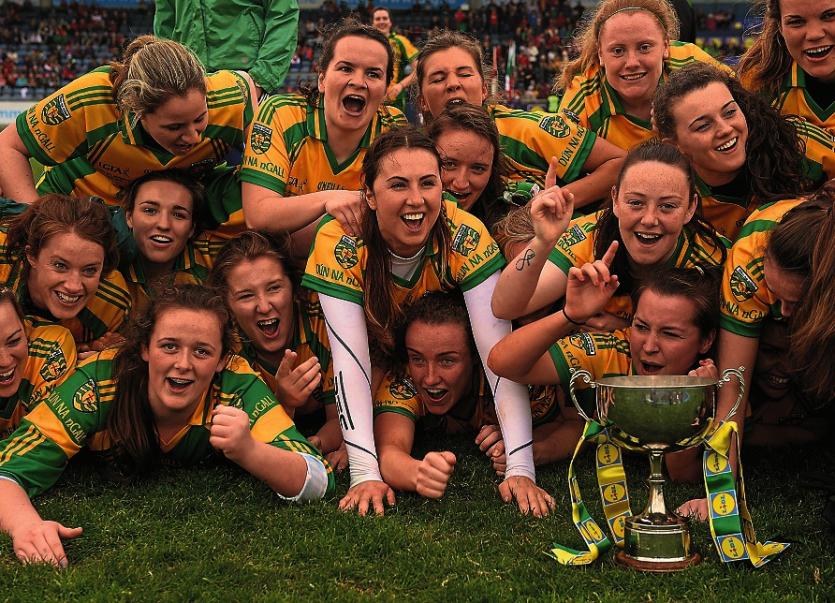 After a one week break, Donegal Ladies are back on the road this weekend when they make the long trip south to play Kerry.
The game is a third round tie and is being played in Rathmore, on the Kerry, Cork border on Sunday (throw-in 2pm).
Donegal, after two games and wins over Armagh and Galway, are sitting on top of the Lidl Ladies Division One League.
They are ahead of Dublin who are in second place on score average and following defeats to Cork and Dublin, Kerry have yet to register a point.
Donegal were promoted from Division Two at the end of last season and have really hit the ground running in the new campaign with wins over Armagh and Galway.
Two goals from rookie corner forward Paula McCrory and one each from Roisin Friel and Amber Barrett - off the bench - saw Donegal open their campaign with a 4-10 to 0-11 win over Armagh in Convoy.
And last time out captain Geraldine McLaughlin hit 1-4 and Niamh Hegarty bagged 1-1 in their one point, 2-10 to 1-11 win over Galway in Tuam for a dream return to the top division.
“It has taken me by surprise, if I’m honest,” said stylish Donegal half forward Eilish Ward,when asked about Donegal’s start to the new season.
Eilish has played at left half forward in Donegal’s two games to date and is one of the experienced players in this new look Donegal side.
“Coming up from Division Two we knew that it was going to be a step up in standard,” she added.
“But we knew from playing the top teams before in the league and the championship what to expect and we put in a hard pre-season. The hard work has paid off.
“It was great to get off to a good start and we will be hoping to build on that now against Kerry this weekend.
“It is a very competitive division and there is no easy games so that what it is fantastic that we have got off to a good start and have the points on the board.”
While Donegal were putting Armagh and Galway to the sword in their two opening games, Kerry were losing their first two games to All-Ireland champions Cork and All-Ireland runners-up Dublin.
They suffered a heavy opening day 18 points,5-17 to 1-11 defeat by Cork while they went down by three points, to Dublin in the last round, 1-8 to 0-8, a much closer contest.
Eilish, who is now based in Belfast where she is Development Officer for Northern Ireland with British Gymnastics, said Kerry’s disappointing start is understandable given the opposition they have already faced.
“If you look at their first two games against Cork and Dublin, they were playing the two best teams in the league. So I wouldn’t read an awful lot into those results,” she said.
“If anything they will be desperate not to lose a third game.”
Donegal have played Kerry a number of times in recent years so Ward insists that Donegal know what to expect from them.
“They will be physical but we also know what we are capable of and we know we have the work done. We are confident that we can compete with the top teams.
“And Kerry are another of those top teams and after the performances and results against Armagh and Galway, the mood is good in the camp and confidence is high.”
Full-back Emer Gallagher suffered a shoulder injury against Galway last time out and is out of the trip to the deep south. Amber Barrett, who missed the Galway game through sickness, is still laid low and will also miss the game.
In the absence of Emer Gallagher, Donegal manager Micheál Naughton has a ready-made replacement in Kate Keaney. The Four Masters player, who has been a regular in recent years, has been used from the bench in both of the opening games
The Donegal team is expected to be named after training on Friday night.