READ THE REID: Back from Cape Town

They could do with the Donegal rain on the Cape 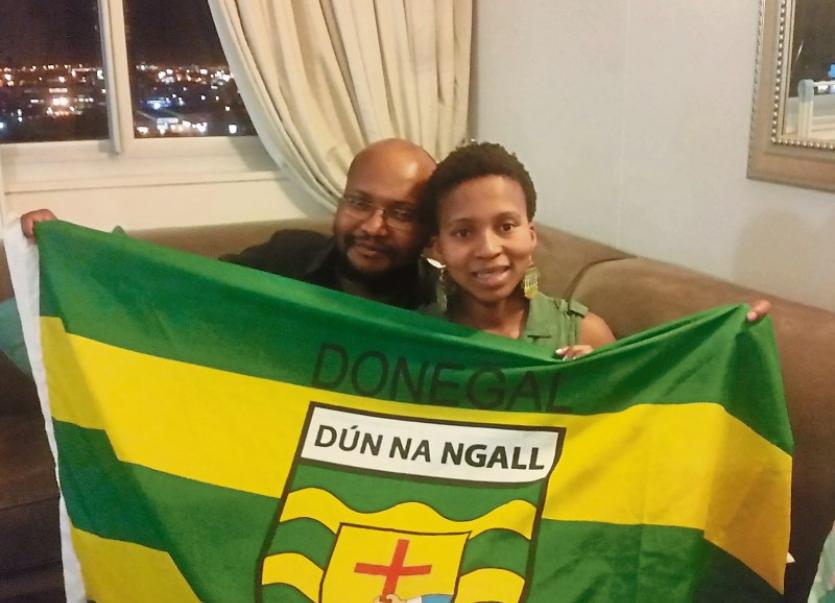 There are 129 days of useable water left in the dams in the Western Cape Province, South Africa. It’s a pity that we cannot turn the world upside down and empty some of our water into Cape Town. Donegal’s game against Dublin in Ballybofey last Sunday needed a few pitch inspections before the match proceeded.

I thought that Donegal were brilliant and showed great resolve to rescue an invaluable point against the All-Ireland champions. Indeed, we could have gotten both points had we been less conservative with our shooting. Still, one cannot criticise the gutsy performance of the Donegal players, especially the youngsters. Michael Murphy was once again superb and led his troops with a man of the match performance. Donegal’s display will give the lads untold confidence which augurs well for the games ahead. I didn’t make the game as I was just back from a break to the southern hemisphere, namely Cape Town, South Africa.

I cannot say that it’s good to be back because I had the most energising two weeks in the stunningly beautiful city of Cape Town in South Africa. I am a regular visitor to the Western Cape and what made this trip stand apart from the rest was that I had a friend from Gortin, Co. Tyrone travelling with me. He was captivated by the dramatic scenery, the diverse cultures, the pristine white beaches and found it difficult to comprehend how extreme wealth could co-exist with abject poverty. Eddy, a battle-hardened GAA enthusiast, and me have much in common. I was eager to learn how exactly he would perceive South Africa. Cape Town is not truly representative of the Rainbow Nation just as Dublin is not a true reflection of what Ireland offers.

I knew from the outset that this was going to be an interesting experience for both of us. I was the tour guide and Eddy the tourist. It was a searing 34 degrees every day which was a dramatic escalation in temperature from Ireland. I would like to present only two days of our action-packed adventure. We landed in Cape Town on Monday 13th February at noon. I asked Eddy to drive our hired car to our accommodation in central Cape Town and I would direct him. Eddy had a nap while I ventured into Greenmarket Square for a coffee and to catch up with some of my pals. When I returned a few hours later, Eddy was sunbathing at the rooftop pool. I don’t do sunbathing but obviously, my companion does. At dinner that evening I persuaded Eddy that there was too much to do and see than lie in the sun. Besides it was too hot.

The next morning, we were out of our apartment by 7.30am. We headed down the eastern side of the Cape Peninsula along the shores of False Bay. This is one of the most picturesque drives anywhere in the world. Our first stop was Muizenberg. This is a surfer’s paradise with an expansive beach where the rolling sea is peppered with healthy sun-tanned water sports daredevils. Several species of shark, including the fearsome great white, are found here so Eddy and I decided not to make a meal of ourselves and didn’t venture into the water. Instead we had a coffee and a tea in one on the quaint little sea-front cafes. It was always English breakfast tea for Eddy and always after food. There’s nothing wrong with tea but being adventurous with one of the local ground coffees would have broken the mould for him. Tea is actually famous in Cape Town because South Africa has its own Rooibos tea or red bush herbal tea. It’s world famous but a step too far for Eddy.

Leaving the Victorian and Edwardian Muizenberg behind us, we meandered slowly through St. James and Kalk Bay villages. Once upon the apartheid time, whites were the only people allowed on the beaches in these areas. They are still very upmarket hamlets but fortunately whites are now joined by the indigenous peoples of the locality. We had lunch in Fish Hoek a few miles further down the coast. This beautiful tranquil Indian Ocean beach town is frequented by the newly wed or nearly dead. The waters are calm and warm so this is a great place for a dip. I persuaded Eddy to have a swim and not to worry about the sharks because shark spotters were employed in the hills surrounding this sheltered bay. We were grateful for the still sea waters of the eastern Cape because it was now so hot with the sun at its highest in the clear blue African skies.

We continued through Simonstown, once a British Army naval base and now belonging to the South African navy. On the outskirts of this expansive town lies Boulders Beach where the tourists flock to see the penguins. We weren’t interested in the penguins so we drove on along the jagged coastline to the Cape of Good Hope and Cape Point. Nearly all of the Cape Peninsula is a protected natural reserve and the landscape reminiscent of the wilds of Donegal rather than South Africa. I felt that Eddy was at home now and was beginning to relax. Then a troop of baboons crossed our path. Rather than being timid loving monkeys, these are vicious wild animals. We were delighted to have seen them in their natural habitat. At last we were at the place where the Indian and Atlantic oceans meet. The wild roaring seas and unparalleled beauty of Cape Point hides a dark secret for it was here than many sea faring men lost their lives trying to round the Cape of Good Hope. The Portuguese explorer Bartolomeu Dias called this rocky headland the “Cape of Storms”.

We drove back up the middle of the Cape Peninsula on one of the many great dual carriageways in the Western Cape. It was shorter and the massive bold orange Cape Town sun was setting. That evening, I introduced Eddy to Motlatsi and Paleso, who are boyfriend and girlfriend. They are true Africans who were born in Lesotho but who have been living in Cape Town most of their adult lives. Eddy needed to hear about South Africa from them. They encouraged him to go on a township tour as I did before we ever left Ireland. The next morning, we drove into Langa, a famous Cape Town township. Townships are where most black people live. I knew that Eddy was shocked. He kept saying how privileged we are and how the white people were so privileged in a bygone era. He said that as white people we should be ashamed of ourselves for having allowed apartheid to flourish for so long.

It was a humbling experience but unfortunately an experience that too many tourists fail to undertake. It is a must for any visitor to South Africa. After Langa, or as Eddy mistakenly referred to it as, La Manga, we settled into discovering the history of Cape Town and how things are slowly changing. There are two sides to this wonderful city and it’s important that we see both. It has much to offer where one is spoiled for choice, even religion. Fortunately, we had a Cathedral beside us where we got Sunday Mass and even met the bishop.

I can’t help but relate Eddy’s misunderstanding of the South African currency which is called the Rand. On day one he told me that he got “16 rams for his pound”. Great value if you’re at a mart.