Molloy on McCourt, Galway and coming out of retirement - again!

Harps midfielder a vital addition to Horgan's side 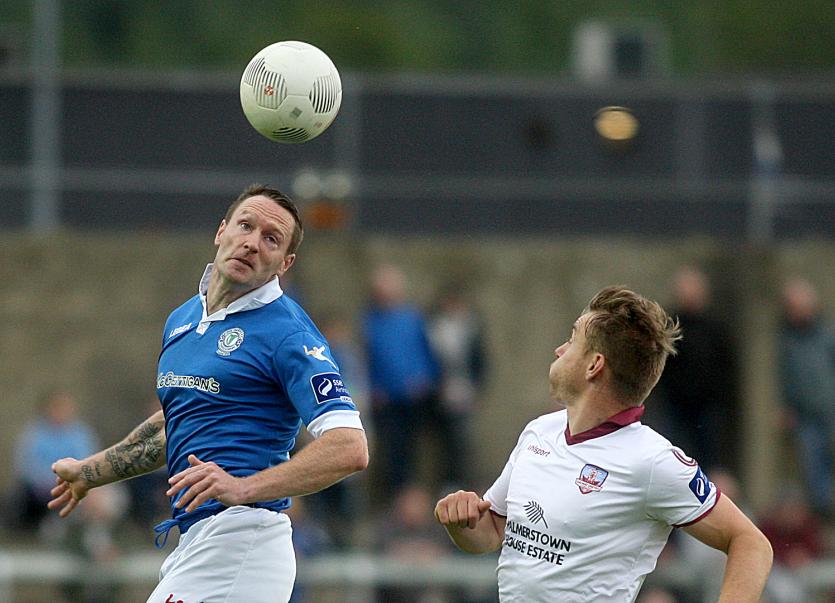 With the arrival of Paddy McCourt at Finn Park not surprisingly catching the imagination of so many, the decision in the same week of Barry Molloy to re-sign for Harps seemed to sneak under the radar.
The significance of Molloy’s decision to come back out of retirement and play for another season has not however, been lost on his manager.
Ollie Horgan was delighted to get his holding midfielder back on board and even though Molloy had missed almost all of pre-season, he still went straight into the side for the opening night fixture against Cork City.
The player himself, now aged 33, admits that he was a bit rash in announcing his retirement from the game at the end of last season.
“I think it was a bit premature of me to decide there and then that I would finish up,” he said this week.
“I’d actually played pretty well towards the end of last season and I really enjoyed being part of the squad. Fortunately I’m in good shape and I’ve kept myself fit so I just decided to give it another go and we’ll see what happens.”
Molloy is making a bit of a habit of coming out of retirement. His move to Harps at the beginning of last season was unexpected as he had announced his retirement from the game months before-hand.
And even though he’s one of the senior members of the panel, the full-time fitness coach at FF Fitness in Derry, knows better than anyone that he is in good enough nick to hold his own in the Premier Division.
“I think I’m okay on that front, but things will get a wee bit easier when I get a few games under my belt,” he said.
A number of the Harps squad used the facilities at FF Fitness during the off-season, and Molloy said he was delighted to be able to work with the players.
“Damien McNulty and Ciaran Coll were both back in with me this week, so I must be doing something right,” he laughed.

Impressed
Molloy said he has been impressed with the new signings that Horgan has made this season and suggested that Harps have signed a ‘gem’ in Paddy McCourt.
The two Derry men were team-mates together as young boys at Trojans in the Derry and District League and have also played together at Derry City.
“Paddy’s decision to move to Harps is a massive boost,” Molloy added.
“Obviously I know him well. He’s a fantastic signing and it’s great to have him on board.”
McCourt is likely to see some more game-time in tomorrow night’s joust with Galway United at Finn Park, a match that Molloy said has taken on added importance given that Harps are still without a point.
“It’s a massive game for us and we’ve got to approach this match as one where we need to pick up a victory,” he said. “They’re all big games and no disrespect to Galway, but they might well be one of the teams who will be down around there at the bottom of the table. So a win would give us a wee bit of breathing space.”