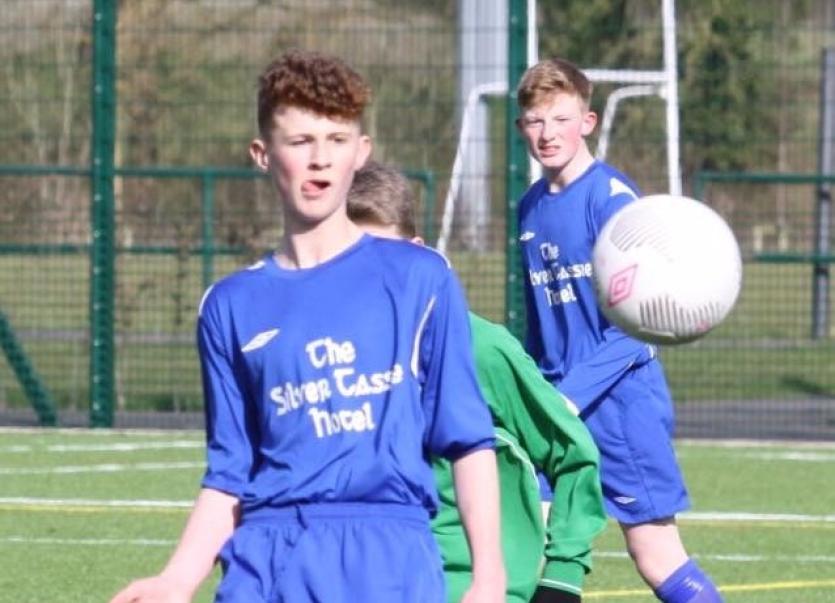 Drumbar FC are through to the next round of the Ulster Youth Cup after they recorded an impressive 3-1 over Bonagee United on Saturday.
Drumbar were leading 2-0 at half-time thanks to goals from Vinny Breslin and Nathan Carr and Breslin scored a third before the Letterkenny club pulled one back.
In Saturday’s other cup game, Conor Duggan scored for Gweedore Celtic, but they lost 2-1 to Carrick Rovers from Monaghan.
Meanwhile a Zach Gorman-inspired performance helped Letterkenny Rovers get the better of Drumkeen United as the curtain came down on the Donegal Youth League with a 2-1 win at a sun-kissed Leckview Park on Saturday afternoon.
The post season competitions of the Colin Breslin Cup and the Gorey Curran Cup will really get going in earnest next weekend and Rovers will go into them buoyed by this hard working and committed performance against a side who are notoriously difficult to beat.
There were very little to report in the early exchanges with efforts from distance from Dougie McNulty and Keelan Kelly for the visitors and Shaun Curran and Cody Brogan for the hosts before the game really sprung into life on 20 minutes when referee Michael Connolly gave a penalty after Alan Stephenson was adjudged to have been fouled in the box.
Zach Gorman’s initial penalty was saved by Sean Patton in the Drumkeen goal but the referee ordered a retake after deeming Patton had come off his line too early and Gorman made no mistake second time round when blasting high to the net.
Eight minutes later, Dougie McFeely drew Drumkeen level with a neat finish.
However, Karol McGinley set up Gorman for the winner for Rovers on 69 minutes.