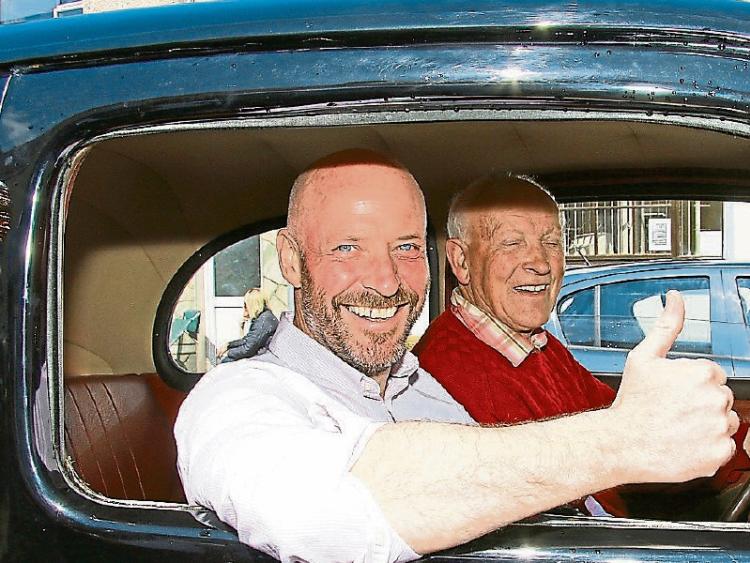 Donagh Kelly from Frosses is once again going in the Donegal International Rally and is chasing a first Donegal success.

Luck hasn’t been on the Dublin-based business man’s side in recent years in the rally.

He was going really well in his Ford Focus WRC last year when his rally ended due to problems with the car on the Carnhill Stage on Saturday.

He was second at the time to Declan Boyle.

And luck is something Donagh believes you need on your side in a big way in Donegal.

“We were close last year and we were having a great race with Declan Boyle until we went out on stage ten on Saturday,” said Donagh

“It was a shame the way it ended for both of us but we are looking forward to getting at it again this year and I imagine there will be more frantic action.

“To do well in Donegal you need to have your stars in line and you need a bit of luck if you are to have a chance.”

Kelly has warmed up for this weekend’s rally with a win and two seconds in recent outings.

He won the the West Cork for a record fourth time and was second in both the Circuit of Munster and the Monaghan Stages Rally.

“I haven’t done as much rallying as I would have done in other years. It was good to win in Cork; there were no World Rally Cars competing and the pace would not have been hectic,” said Donagh.

“But the pace in Monaghan and in the Circuit of Munster were right up there with Donegal International pace.

“I was second to Sam Moffett in both. Sam is pushing everyone this season and there is a lot of speculation on whether he is coming to Donegal in his WRC car.”

There can be only one tactic in Donegal according to Donagh.

“You go flat out in every one of the 20 stages and hopefully you do not make mistakes and the car performs.”

There may be a little pressure on Donagh given that he has never won his home rally. But if there is it a good type of pressure.

“You would not be coming back every year if the pressure was too much for you.

“Growing up in Donegal and following the rally from a young age and following your local heroes like Vincent Bonner, you do want to win your home rally.

“It is the one you want to win and I’m no different.”