Kilcar keep on winning after victory over Bundoran in Towney 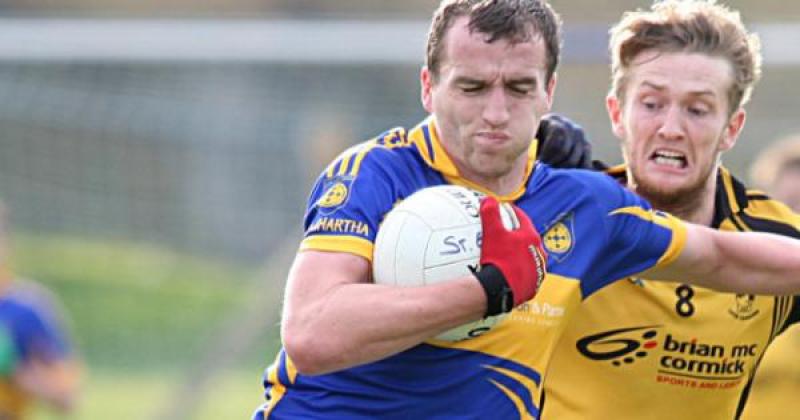 Kilcar survived a goal scoring blitz from Bundoran in the first half to comfortably take the league points.

Kilcar remain at the top of the Division One table after this result and despite being missing their county men and the likes of Stephen McBrearty and Andrew McClean, they still keep on getting results.
They were also without 'keeper Eamonn McGinley (holidays) and this couples with a below par performance from members of the full-back line saw Bundoran hit three first half goals.
Kilcar started well and a goal from Brian O'Donnell after goood work from Ciaran McGInley, had them 1-3 to no score ahead.
But Bundoran hit two goals from Shane McGowan and Gary Clancy and by half-time the Seasiders held a narrow lead, 3-2 to 1-7, their third goal coming from Fergal McKiernan.
However, the Kilcar defence tightened up in the second half and a second goal from Darragh O'Donnell (set up by Ashley Carr) put them on their way to victory. Carr was one of the most impressive for the winners who had points in the second half from Dermot and Aodhán McGinley, Mark Sweeney, Ashley Carr, Darragh O'Donnell and Matthew McClean.