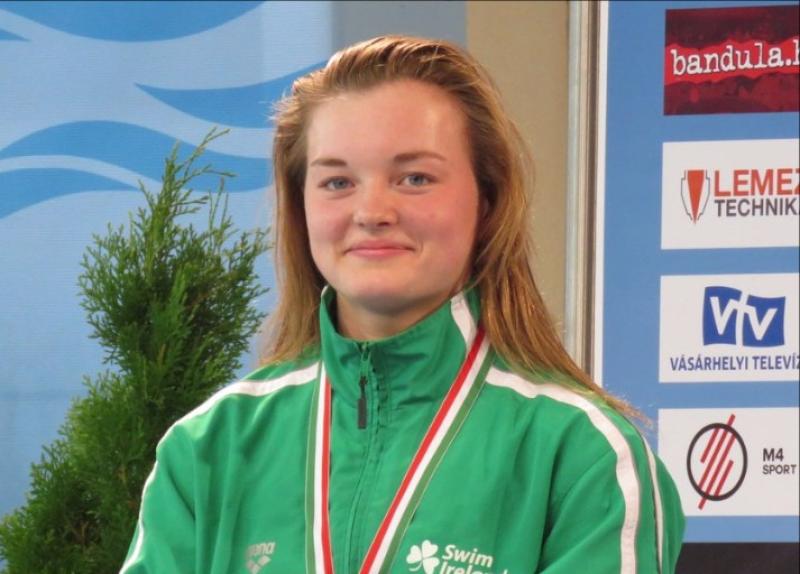 The winner of The Irish Times Sport Ireland Sportswoman of the Month award for June 2017 is Mona McSharry. The swimmer, whose club is Marlins, Ballyshannon, returned from the 2017 European Junior Swimming Championships in Israel with two gold medals and one silver medal.

The 16 year old Sligo native, won gold in the 50m breaststroke, her opening swim in the competition, and she broke the senior Irish record set by Fiona Doyle in 2013.

She was record-breaking again in her next event, the 200m backstroke. It’s an event she says she wouldn’t be “as fond of” and is “still learning how to do it”, but she still managed to break Doyle’s 2015 record in the final when she was only pipped to gold by a tenth of a second, when Britain’s Layla Black caught her in the last five metres after McSharry had led from the start. “It was painful, but it was worth it,” she said.

McSharry won her third medal, a gold, in the 100m breaststroke.