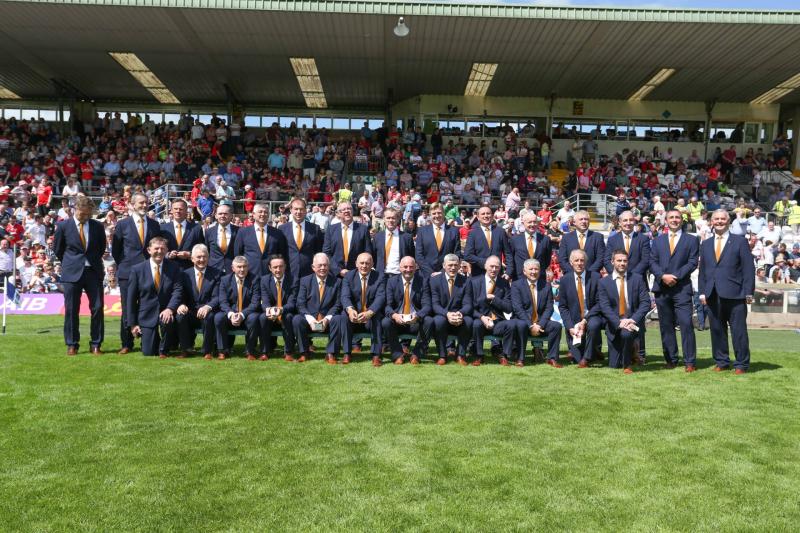 The Donegal 1992 team in Clones

Donegal’s 1992 All-Ireland winners were guests of honour as the 25th anniversary team at last Sunday’s Ulster final in Clones.
Except for Jim McGuinness (in Beijing), Charlie Mulgrew (on holidays) and John Joe Doherty (family bereavement), all the rest of the ‘92 squad turned out on the day.
“It was a great day and it was great to meet up with all the boys again and travelling on the bus to and from Clones from Donegal Town,” said All-Ireland winning goalkeeper, Gary Walsh.
“The usual characters were in full flow and the craic on the bus was good. Declan Bonner was just in his usual good form.”
The players and management were kitted out for the day by Magees of Donegal Town and they also met up in Magees on Sunday morning, before departing to St Tiernach’s Park.
“Magees were brilliant in first getting involved and secondly for sponsoring the outfits, suits and shirts. They also provided a full breakfast for us before we departed on Sunday morning and really pushed the boat out.
“We looked really well and when a number of us were walking up to the ground we could hear the quips, ‘Jaysus those boys are a bit overdressed’.”
The team travelled to Clones, just like they did 25 years earlier, courtesy of Marleys Coaches with Francie Marley, just like he was in ‘92, behind the wheel.
The team was accompanied on the trip by Danny McNamee, who was the county treasurer in 1992, and they were joined in Clones by county administrator Noreen Doherty, who was secretary in ‘92.
“It was great walking out again and being introduced to the crowd. It was something I was a bit nervous of because you never know what to expect.
“But we all got a good reception with Brian McEniff getting a particularly good reception. Brian is a popular man in Ulster.”
After the game the entire squad and management were the special guests at a celebratory meal in the Four Seasons Hotel, before making the return journey once more courtesy of Francie Marley.
Marley Coaches provided the bus free of charge for the day.
The entire squad will be honoured again by Croke Park on All-Ireland final day. 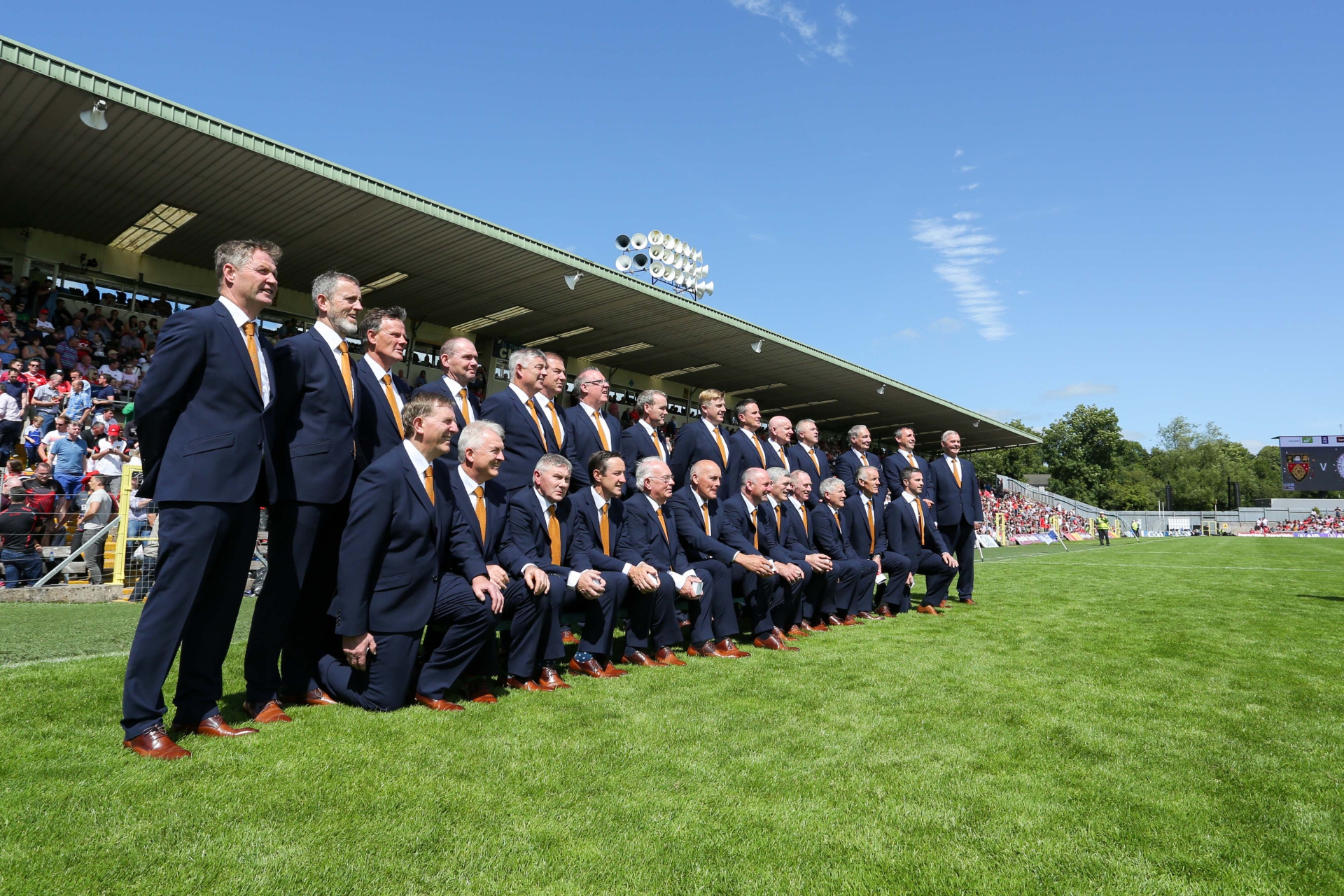