Boyle and Morrissey could both miss Derry City derby

Harps in a good position ahead of Monday night 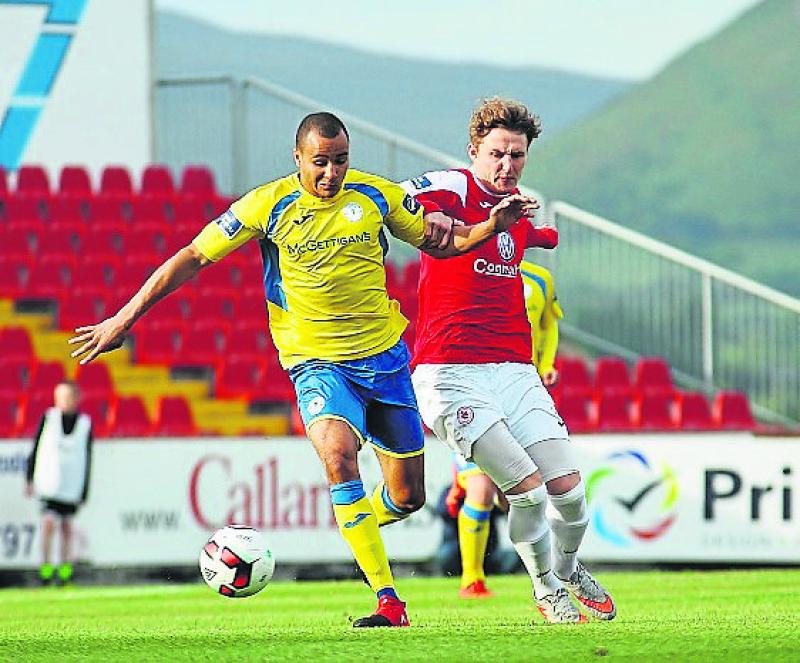 Finn Harps will hold a press conference on Friday evening in Letterkenny ahead of Monday night’s rescheduled North West derby meeting with Derry City in Finn Park.
Harps missed out on a bumper home gate when the original game, fixed for Friday, June 30th, was postponed due to Derry’s involvement in the Europa League.
The financial impact of that postponement has hit Harps hard. Indeed, the Donegal club had only one home fixture in seven weeks prior to Friday night’s visit of Bohemians.
Next Monday night’s game will afford Harps the chance to attract a big crowd to Ballybofey and club officials will take the opportunity at tomorrow’s press conference to encourage as many supporters as possible to attend.
It’s a big game for both clubs. Harps’ victory over Bohs has given their survival hopes a real shot in the arm and having beaten Derry City at Maginn Park already this season, their supporters will be hoping they can record another good result against their neighbours.
Ollie Horgan’s side will show at least one change from the Bohs game with Danny Morrissey ruled out because of injury.
Ethan Boyle is a major doubt. The player had been named in the starting eleven on Friday night, but pulled out of the game after feeling unwell before kick-off. He was still feeling the effects of his illness this week.
Derry are in action on Friday night, away to Bohs.