From death's door to Bundoran Captain's Prize: Some year on golf course for Sean Culleton 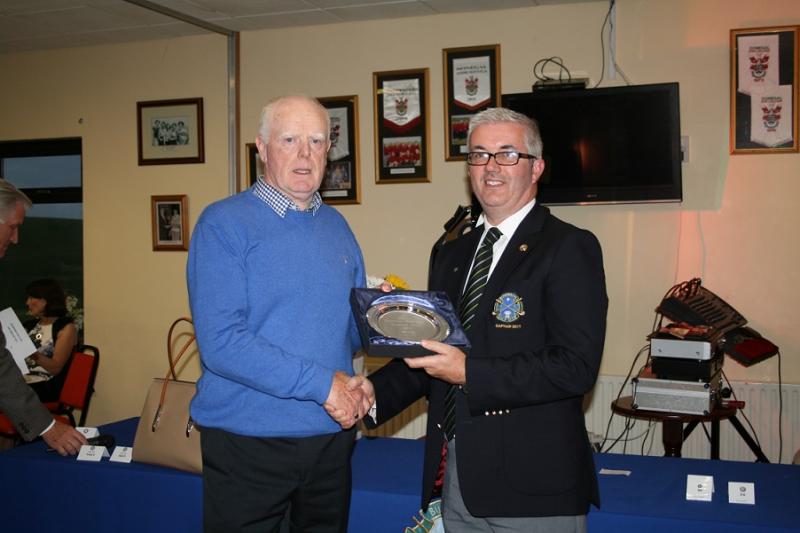 “Thank God and fair play to the Cloughaneely boys,” says Sean Culleton, who ended a remarkable year when winning the Captain’s Prize at Bundoran Golf Club at the beginning of this month.

Twelve months to the day from last Friday, 14th July, Sean was saved from death thanks to quick actions of fellow golfers on Cloughaneely Golf Club.

Sean, then aged 63, was part of the Bundoran Golf Club team who were playing Cloughaneely in the Donegal League when he suffered a cardiac arrest during the game on the 12th tee.

After driving from the tee, Sean collapsed and to this day doesn’t remember a thing until the following day when he awoke in Altnagelvin Hospital.

“It was just fate that there were people there that knew what to do. They performed the necessary CPR and kept me alive. I don’t remember anything about it and it was probably more dramatic for them than for me,” says Sean.

Imagine the turnaround in just under 12 months. Sean didn’t get back playing golf until October, but he has gradually built up his confidence again and was in top form by the time Mark Crawford’s Captain’s Prize was up for grabs. Sean was the top qualifier after the opening 18 holes, and he held on during the 9 hole play-off to take the prize.

“It was nice to win it, especially after all the hassle during the year.”

Asked if he got any stick about winning the prize, he quickly replied: “They always give you stick”.

Now retired, Sean plays off 16 and gets to play at least two or three times a week. He once played off 8, so it was just a matter of getting in the practice, and it all came together on Captain’s Day.

But he doesn’t really want to talk about the Captain’s Prize, just about thanking those fellow golfers in Cloughaneely on that day in July last year.

Sean was playing with Brian Loughlin and he was lucky that on the opposing Cloughaneely team was Brian McGee, a trained first responder, while  Owenie McGee, also a trained paramedic and member of the fire service, was on the next green. Two other firemen, Denis Boyle and Joe Friel, also raced to help, while their colleague Antoin McGee was soon on the scene with the local fire brigade defibrillator and for 40 minutes they worked on Mr Culleton while Dr Lochlann McGill was also present.

When stable Sean was rushed to Altnagelvin Hospital where he was diagnosed with having had a heart attack and had a stent inserted before being transferred to Sligo University Hospital from where he was allowed home.

Sean says he had no warning whatsoever before the heart attack. “Even on the day there was no warning.”

It is a dramatic story that has a happy ending.