Manus Boyle column: Championship has been a disaster for Donegal 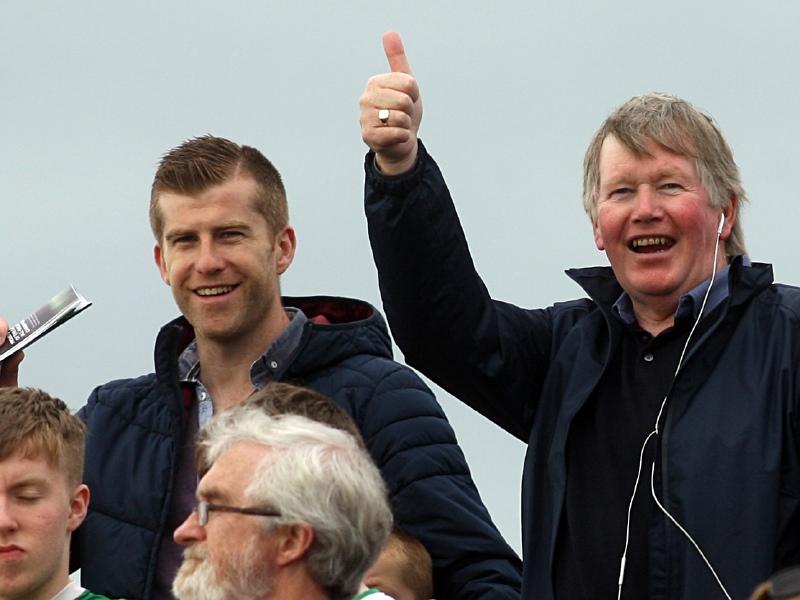 As the inquest continues into the county’s poor display against Galway, it would be fair to say many important questions need to be answered if our prospects are to improve in the years to come.

It would be too easy to lay all the blame at the feet of the manager but he and his management team are not without blame for where we find ourselves at this current juncture.

We all knew that when the squad of 2012 would finally break up, it would take a bit of time to build up another group to compete at the highest level. A lot of work has gone on at underage level, especially with a number of successful minor sides and indeed this year’s U-21 team. And while things might not look great at the minute, we have to be patient and allow these young lads to develop and find their feet at senior level.

Nothing was ever going to be solved overnight. But are we going the right way about it and have we got the right people in charge to get us back to where we would all like Donegal football to be?

When Jim Mc Guinness came along, he and his management team put in place a regime that would change the way Gaelic football would be played. The players of the time bought into it and gave nothing less than their full commitment in order to reach the pinnacle. They did so, but at a cost. In those few years the workload placed on the players was enormous and thus their careers would finish maybe quicker than those who had played the game before them.

But with that, other counties followed suit, many of which, including the likes of Dublin, Tyrone and Kerry, have a greater depth of talent than ourselves.

Rory and his management team have been in charge for three years. Overall you could say it hasn’t been that bad. However, two poor performances in successive Ulster finals have cost us dearly. A lot was made of this year’s National League campaign and the emergence of a good crop of younger lads. But this year’s championship has been a disaster.

If we are to be totally honest the performance against Antrim was not what we expected. We struggled to break them down early on. We were one dimensional in our approach, we carried the ball trying to break through the tackles and then had runners coming off the man in possession to make the opportunity to score. The only problem with doing that is if a team sets up in a way that confronts the runners early on, or just restricts the man with the ball making progress.

We had no other plan, even against Antrim. Tyrone just wiped the floor with us and it was real men against boys sort of stuff. Are we that bad or was it just one of those days?

We struggled again against Longford. It would be fair to put that down to the disappointment of losing to Tyrone, although the tactics we used were easily matched by Longford.

Next up Meath. While our performance was better, we were a long way off the pace required. Thanks to the brilliance of Michael Murphy and Patrick McBrearty we got over the line. Indeed we have depended heavily on the two lads all through the year.

There were many who thought Donegal would be too strong for a Galway side who had failed to show any form against Roscommon in the Connacht final.

The game started okay, with Donegal staying level for the first quarter. But the signs were there. Galway were kicking scores with ease, we were working hard for ours. We attacked in great numbers but we didn’t defend with the same intensity. We were making basic errors with our passing way off the mark. We lacked any intensity, we were standing off and there was very little aggression in the tackle.

We looked tired. It was like Tyrone all over again. Imagine what the likes of Kerry would have done to us with a performance like that in Croke Park.

I get that these players were back training for the National League last October. I understand the importance of remaining in Division One. However, we played many U-21 players during the National League and at the same time they were competing in the U-21 championship.

Surely we had to expect that at some point this would catch up with the players.

So what do we do next year? Are we prepared to take a chance and let the players rest until at least December and hope we get enough points to stay in Division One?

Remember next year will see the introduction of the ‘super eight’ in the championship. If we are not involved at the business end of the championship next year we could find ourselves even further behind the likes of Tyrone, Dublin, Kerry and Co.

Much has been written about the manager and his management team. The question still remains on whether or not they are the right fix for the job.

I would have to say the attacks on social media are not welcome and have no place in sport or indeed in society in general. Donegal’s performances are a collective responsibility between all those involved and they’re never down to just one man.

If the present management team are to succeed we need to add different aspects to our game. We can’t just depend on one or two forwards to get us over the line all the time.

We need to have a greater physical presence and ultimately base our success on skilful players who have the capacity and commitment to work hard and play for the group.

While it sounds simple, it’s not. It takes a lot of things to go right and a lot of people to make the right decisions. Sadly, history would suggest we shouldn’t hold our breath.