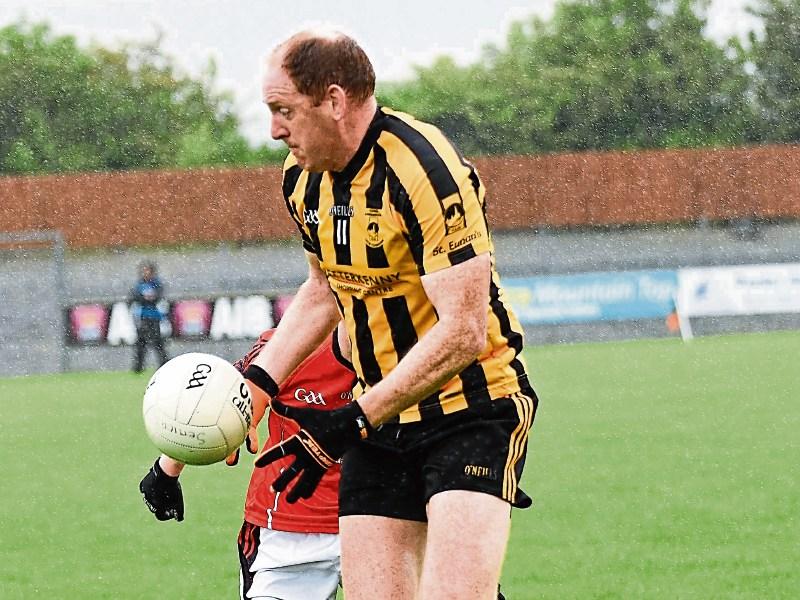 Donegal may have started well enough against Galway in Saturday's All-Ireland Round 4A qualifer, but there were very early signs of bother ahead for John Haran.

The lack of intensity in Donegal’s early play set the alarm bells off for the former county man and St Eunan’s veteran.

And despite the fact that Donegal had set up with a packed defence, Haran insisted that Galway were finding it too easy to pick off scores.

He also felt that Galway got in far too easy for their first goal and that once they scored the second, the writing was on the wall.

“I thought we started okay and we were in the game at four all,” Haran said.

“We were playing 14 men behind the ball and leaving Patrick McBrearty up on his own.

“In the first ten to 15 minutes there wasn’t a lot of intensity in our game.

“We were leaving men back but even if we were, Galway were picking off scores. They were getting in men behind us and creating chances

“We went 0-5 to 0-4 up and then they scored their first goal. They got three short quick hand passes away inside the ‘21 for the goal and there wasn’t a hand laid on a Galway man. That was not the Donegal we have come to know.

“The second goal was of our own making and with Mark Anthony going off we were under pressure from then on.

“Then when Galway scored the third goal, again from our own mistake, it was lights out.”

The Letterkenny man said Donegal were simply cleaned out at midfield.

“You could see Michael Murphy was going up and breaking down and hoping the likes of Ryan McHugh would run onto the ball. But it wasn’t happening.

“Galway were swallowing up all those breaks and this gave them a platform. We were just trailing behind them all the time.

“The game was over at half-time. They were 12 points up (3-9 to 0-6), and all we could hope for in the second half and some respectability. But that didn’t happen either.

“We had men going off on black cards and no one to bring on for them compounded the misery.”

The lack of intensity surprised the St Eunan’s man who felt that following the wins over Longford and Meath, the disappointment of the Ulster semi-final defeat by Tyrone should have been out of the system.

“We were after coming off two victories and you would have expected a spring in their step,” he argued.

“I know it’s the back door but they should have got over the shock of that Tyrone defeat. They were trying to build and get to Croke Park, and get a bit of experience for the younger lads.

“They weren’t going to win the All Ireland but it was an opportunity for a day out in Croke Park, and the experience to be gained by the young lads.

Haran insists the sluggishness and the lack of intensity had to be down to the training.

“If you look at the team in the league, and a player like Ciaran Thompson who was excelling and playing really well. But then when it came to the championship he lost his form.

“I’m not picking out Ciaran Thompson. Remember the game he had against Tyrone in the league kicking points? And remember the points he kicked against Dublin?

“He was going well and he seemed a great prospect. There are a few more too, like Ryan McHugh. There’s a lot of the team that seems to have gone that way.

“I know Rory has come out and said he put a big emphasis on the league and that they wanted to stay up and to get experience for the young team.

“But at the end of the day, it’s all about championship. If we had been relegated to Division Two but were heading to Croke Park this weekend, people would have accepted that.

“It would have been accepted too if we put up a better show against Tyrone in the semi-final.

“You cannot have a team back training in October and November, and horsing them all winter and going flat out, and then be ready to go on the 1st of February.

“It’s impossible to keep that going until the end of July and a lot of those players were playing U-21 and with the seniors. They seemed to be flogged out.”

Haran, a Hogan Cup winner with St Jarlath’s in Tuam, also feels a lack of cooperation between the senior and U-21 management during this season’s Ulster U-21 campaign wasn’t helpful either.

“The cooperation between the U-21s and seniors wasn’t great and is something that definitely has to be looked at,” he said.

“It’s going on too long now. It went on too when Jim McGuinness was senior manager and Rory Gallagher was along with Maxi who was the U-21 manager.

“The county board are going to have to address that issue if Rory is going to stay on. There has to be some sort of cooperation for the U-20s next season.

“Playing boys in a National League game on a Sunday and them having a big U-21 championship game the following Wednesday night is not on.

“We could be in a better position if the U-21s got a fair crack of the whip and maybe went on to win an U-21 All-Ireland.

“Tyrone have built much of this year’s team with U-21 players from two years ago that won an All-Ireland.”

So where to now for Donegal? John Haran feels if Rory Gallagher stays on in the position, there have to be changes.

“Rory has still got three years to run on his term,” Haran said.

“They will have to ask if he needs help and if he was listening to advice from other people.

“They are going to have to ask is he listening to the advice of his selectors and people around him. He cannot do it all himself.

“I don’t know the way it works but certainly he is under a bit of pressure.

“To be well beaten twice in the same championship and with many similarities in both games, is not good.

“Rory is going to have to look at tactics and the way they are setting up. Is the way they set up suiting the players available to him?

“The job of the manager is to get the best out of the players available to him and that is the challenge for Rory. And the question is, is he doing it at the minute?

“We are going to have to start kicking the ball a bit more into the forwards too.”