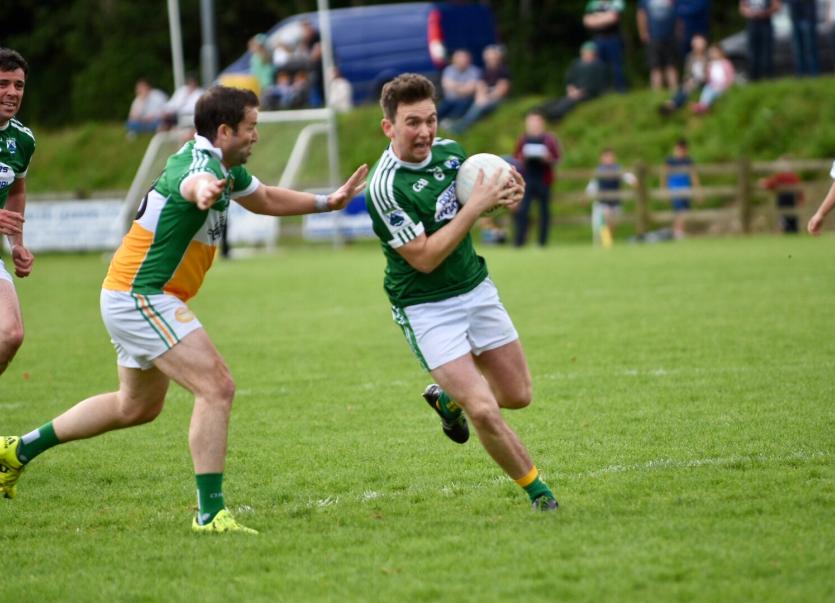 “It should be an enthralling game. It is certainly the stand-out game of the weekend,” says former Glenswilly manager, Gary McDaid.

That would be the view of most people looking at Group C, the so-called Group of Death in the senior championship.

With Kilcar expected to defeat Ardara in the other game on Sunday afternoon, the spotlight will be firmly on Magheragallon on Sunday evening. After losing their opening game, despite playing well, in Towney, Gaoth Dobhair just can’t afford to lose. If they could win, then they would put themselves right back in the contest with a final round game at home to Ardara.

“I would think that Kilcar are a dead cert to defeat Ardara,” says Gary McDaid. “They have been Ardara’s nemesis for some time and they have been putting up savage scores this year, 19 points, 21 points, etc. They are frightening when they get their tails up.

“It is make or break in Magheragallon. Gaoth Dobhair know that they have Ardara at home in the final game and would be confident of getting the result there.”

With Glenswilly having to travel to Towney to face Kilcar in the final game, they know that have two bites at the cherry, but will be looking towards Magheragallon as the better option.

“We (Glenswilly) have been picking up a bit of form in recent weeks. It is not unlike last year when we were in relegation trouble too.”

However, the Glen men will have to fight to retain their title without big Neil Gallagher, who is out for the year. “It’s a huge loss. I remember last year against Dungloe, you had Neil only 50% but he was the glue that held everything together. We didn’t have Michael (Murphy) at that stage,” he said.

“We have met Gaoth Dobhair out in the Glen in the League and they had massive scoring power, hitting 21/22 points. Niall Friel was on fire that day. Then they have Kevin Cassidy back.”

When it is put to him that they have lost a lot of league games lately, Gary says it depends what way they were looking at the league.

“Maybe they have been trying different permutations,” says Gary, who still feels that it will be a huge task for Glenswilly.

As Gary McDaid says, it is hard to see anything other than a Kilcar win against Ardara. Kilcar are riding high at the top of Division 1. It is not known if Stephen McBrearty and Andrew McClean will be back because they are involved in the closing stages of the Boston Championship.

As for the Magheragallon clash, Gaoth Dobhair have much more to lose. The clash between Neil McGee and Michael Murphy would be worth the admission fee, while Eamon McGee will probably lead the line.

Ardara and Gaoth Dobhair to prevail