Omagh native is the latest departure from Finn Park 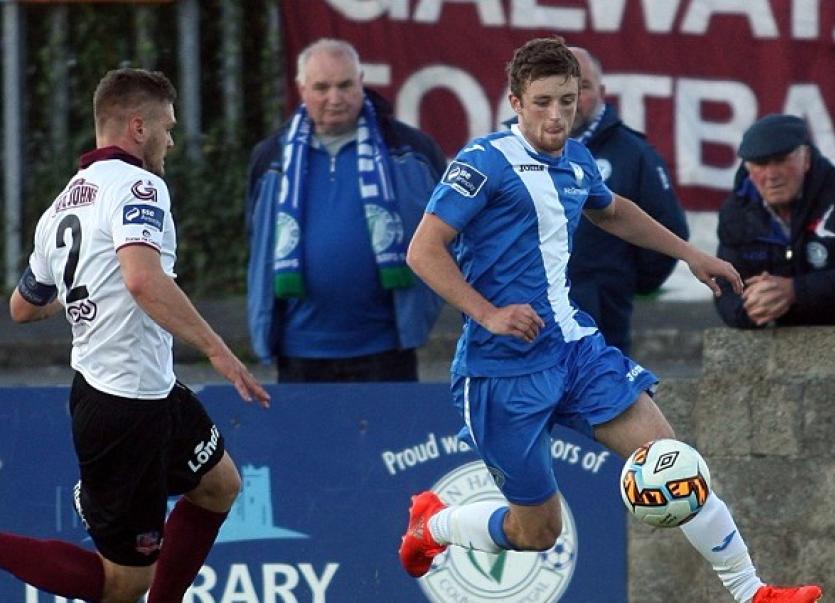 Caolan McAleer, in action for Harps against Galway United

Caolan McAleer has become the second player to leave Finn Harps following the club’s relegation to the First Division.

The 24 year old midfielder has signed for Sligo Rovers and becomes their first new signing ahead of the new season.

The Omagh native spent just one season with Harps having joined from Greenock Morton. He said he is delighted to have made the move to the Showgrounds.

“When the approach was made by Sligo Rovers, I was really happy because it has everything that I want. Now I’m here I want to kick on and make my mark here,” he said.

“The main thing for me was playing games last season, I played nearly 30 in the league. I had a good season. I wanted to get more goals but I chipped in towards the end and I got assists. That’s my game – contributing to goals – so overall I was pleased.

“It’s a very big club here. The facilities are different class. It’s a full-time set-up and that’s what any player wants and especially at my age. There is a lot of history at the club.

“Since I’ve come here today I’ve had a look around and you can just see everything is in place to do well. It’s a good atmosphere around the place as well.

“I want to be a player to get the club up the table. I’m not here to make up numbers. I’m here to play and help the team out. I want Sligo Rovers to get back on track to where it should be. That’s the top half of the table.

“There are players here and changes happening that can push Sligo Rovers on to the top half of the table and I’m thrilled to be part of that.”