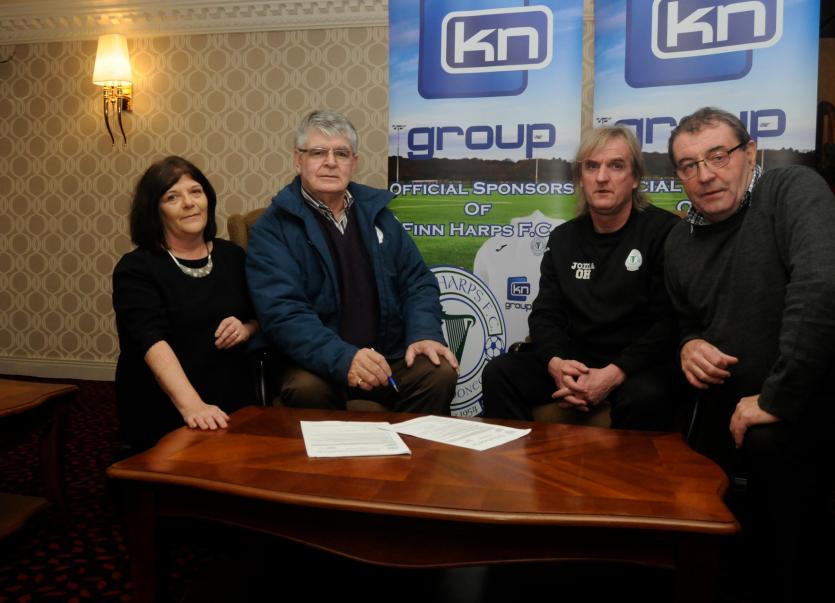 Ollie Horgan will stay in his position as Finn Harps manager for the new season after agreeing a new deal with the Donegal club.

Harps issued a statement on Monday evening confirming that Horgan has been re-appointed as senior team manager .

Horgan has agreed a new two-year contract until the end of the 2019 season with the option of a third year also part of the deal.

Finn Harps Chairperson Sean Quinn said the Board of Directors were very happy, that following detailed discussions on a number of fronts, Horgan now has the opportunity to put a plan in place over the next two years to develop the club. “It’s important that Ollie has got the two-year contract and the Board of Directors is now looking forward to working with him to build a team that will be competitive in the League of Ireland First Division in 2018” Quinn said.
Horgan said he was pleased with the way the discussions on a new contract had gone, adding that the obvious priority now is to get started on assembling a squad for pre-season next month ahead of the new 2018 campaign. “I’m pleased to have been in a position to sign a new contract with Finn Harps. The hard work starts right away for me in trying to put a squad together for the new season. That will take a bit of time but it starts from tonight” Horgan concluded.

The first division will kick off on February 23rd.