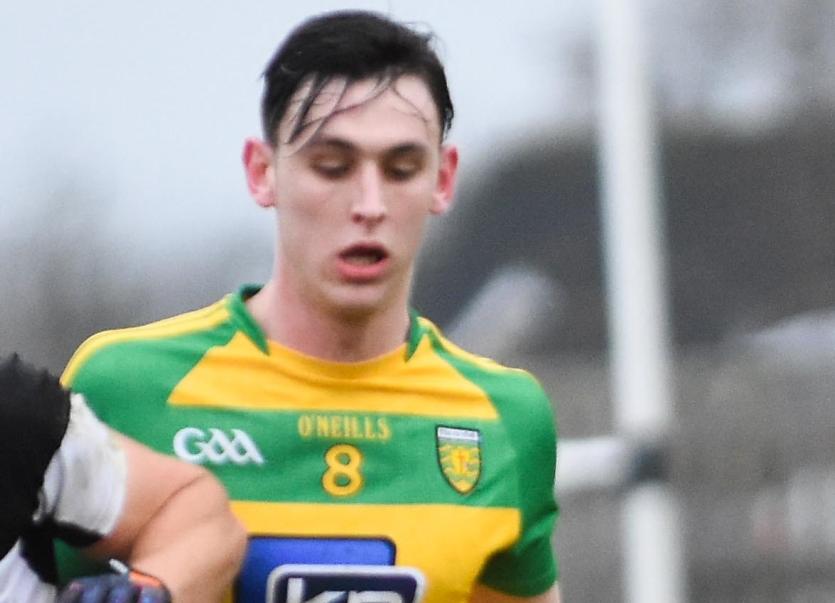 Donegal will be without both Cian Mulligan and Michael Langan for the upcoming games in the Dr. McKenna Cup with Langan possibly out for the opening of the National League. It is learned that he was to have a scan today (Monday) on a hernia problem. It is disappointing news for the Ste. Michael’s starlet, who was man of the match in the opening Dr. McKenna Cup game against Queen’s on Wednesday of last week.

Donegal senior team and supporters have to put the disappointment of the late call-off of their game on Sunday against Monaghan as they prepare for the visit of Fermanagh tomorrow evening (Wednesday) to MacCumhaill Park (8.00 p.m.)

There was anger among supporters that the decision to call off the game was not taken until ten minutes after the official starting time of 2 p.m.

With Fermanagh just about defeating Queen’s  (1-10 to 1-9) in the other game in the Group C, a win for Donegal tomorrow night will almost guarantee them a semi-final place before the refixed game with Monaghan takes place. The winners of Group C will meet the winners of Group A (most likely Tyrone) in the Dr. McKenna Cup semi-final.