Mulroy College are back to back All-Ireland champions 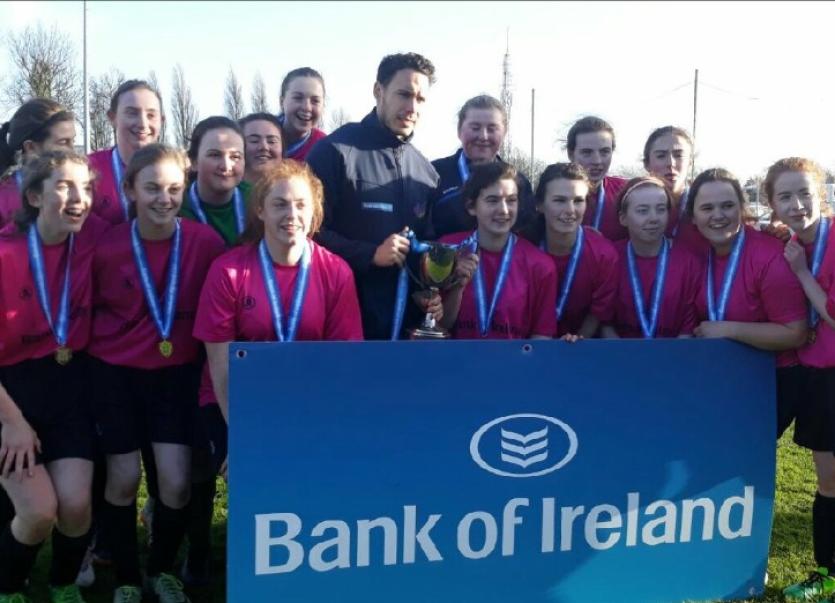 They won 2-0 in the final played at the ground of Home Farm in Whitehall, Dublin.

Mulroy dominated both halves and had one hand on the cup at half-time as they led 1-0.

Laura Dugera was the scorer of both goals. She hit the first as early as the sixth minute and she added the second just four minutes into the second period to set the Milford girls on their way to a first time back-to-back crowns.

Mulroy midfielder Caoimhe Walsh was named the player of the match afterwards.

“We really are over the moon. It is our second year in-a-row to win the title and we are really delighted,” team manager,  Maria Carr, told the Democrat, a short time after the final whistle.

“Laura Dugera got the two goals but all the girls played really well and we dominated both halves and I would say over the whole game we had 70% of the possession.

“We were a little unlucky not  to score a couple more goals. Caoimhe Walsh and Keri Sweeney had chances for goals in the first half and we had a couple more in the second.

“They had two chances over the whole game but really we dominated from start to finish and were very comfortable winners.”