The local lad who could have been a star with United 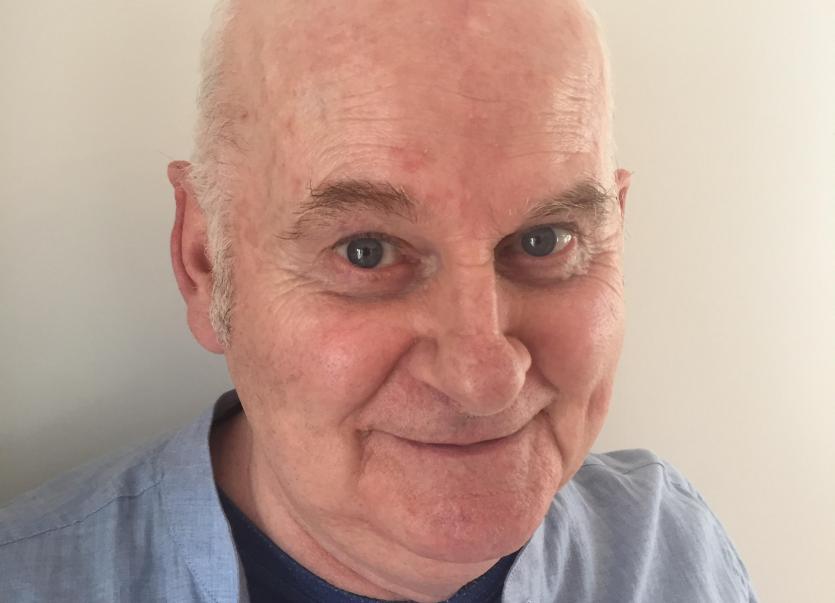 I was delighted to get a Christmas present from one of my carers, Lisa McGlynn, about  the sad story of the life of Strabane lad Adrian Doherty.

Adrian was destined to become a superstar in English football and was playing on the same team as David Beckham.

His skill and power on the soccer field were unrivalled in footballing circles. He was regarded as the next George Best. Forever Young, written by Oliver Kay, documents Doherty’s journey from the 1990s onwards.

I read this book of 300 pages in three days such was the sad and compelling story of his life.  The fact that he grew up only seven miles from where I grew up in Raphoe brings it closer and it meant much more to me. He was a special talent and his memory should not be forgotten, a young footballer who had the world at his feet but lost it through injury.

Football medical procedures have advanced since his time and maybe if Adrian was born 10 years later he would have made it in the tough professional game that eluded him. His story is a testament to all young footballers who dream of glory. In short he was a phenomenon who was left on the scrap heap of football.

His passion for soccer was matched by his musical prowess. He was as comfortable playing his guitar and mixing with the ordinary lads in his area. He was writing songs while he was playing soccer. He was not a typical footballer and was blessed with extraordinary talent. Those who followed his progress and watched him play in the early 1990's reckoned he was as good as Ryan Giggs, possibly better.  He preferred to go by bus into Manchester, wore second hand clothes, worshipped Bob Dylan, read about theology and French existentialism and wrote songs and poems.  One team-mate said it was like having Bob Dylan in a No 7 shirt. But his love for his music was matched by his soccer ability.

Just shy of his 17th birthday he was offered a five year contract and was told by Alex Ferguson that he was destined for stardom.  To quote Gary Neville, "He was out of this world ", quite a compliment from a big player. His future was guaranteed as a top class footballer, or so he thought.

He had the ability to be a top class player and would have been in the United team that won the league for the first time in 25 years. However, things didn’t work out as planned as he sustained a knee injury at the age of 17 and did everything to get back to full fitness, but it wasn’t to be and his soccer career came to an abrupt end after two years of rehab. His story is so sad as he wasn’t a typical soccer-mad lad but when he went on the pitch he became a top class player.

He didn’t harbour any grudges on the outside but I’m sure deep inside he felt it as he was cruelly taken away from soccer stardom. He became a recluse but his talent was resurrected at the Brandywell. It must have been difficult for him coming from the heights of Man Utd to the League of Ireland  and after a couple of games for City he quit, probably knowing his knee was getting worse and he went back to his music.

Stories about Doherty were legendary and one particular episode involving an acquaintance, John O’Connell from Derry, stands out in particular. O’Connell had no idea that Adrian had been on United’s first team squad, he didn’t boast about his past experience in soccer. One day when O’Connell was reading an article on Newcastle’s Keith Gillespie  in a Sunday newspaper he saw Doherty craning his neck to read it across the breakfast table trying not to be noticed. O’Connell says he sort of sussed it and said: “You’re the Adrian Doherty who was at Manchester United , aren’t you?

O’Connell says he got little information out of him saying that he didn’t really want to talk about it. He didn’t boast about his friendships at Man Utd and was content to work in a factory and get on with life. Michael Walker, the journalist, was fascinated by Doherty’s story and says what made it more fascinating was when Chris Casper, in the official Man Utd magazine, was asked who was the most skilful player he encountered at United, he said it had to be Adrian Doherty. Then O’Connell decided to find Adrian Doherty and he says that when people use the term “Fergie’s  Fledglings” and talked about the kids who broke through at United: Giggs, Beckham, Scholes, Butt, he says that Adrian Doherty should have been first on the list.

His Mum and Dad became a little anxious when the phone calls from Adrian stopped as he had never left it long to call them.  However, their world was about to be devastated as news of a person who had fallen into the river in Holland began to reach them. The only identification was the surgery to his knee, a sure sign that it was Adrian, and later a positive ID was confirmed. He was alive but the doctors were pessimistic for his survival and after about two weeks in hospital he passed away.

His funeral in Strabane was attended by many and parish priest Fr Michael Doherty recalled how he used to watch Adrian train alone for hours and noticed that Adrian had attended Mass most mornings.

There was talk of intoxication contributing to his fall in the water and all sorts of rumours were put and it was only when a letter came from Giel Franssen, the Assistant public prosecutor, at the Palace of Justice in the Hague who stated:

With reference to your letter and Mister Kay’s of the 25th and 20th of June 2015 I hereby can state the following:

As I was not familiar with the case, I got in touch with Mr Simon Saw of our Police. He explained to me what had occurred that particular day with your son.

Intensive investigations have never shown any proof that the way your son got in the canal was in any way due or could be linked to criminal behaviour.  Also for foul play , as you mentioned it , there were no indications at all. In the blood of your son, no signs of drugs were found. There was alcohol in his blood detected, although the level of it was not considered dangerous or very high. The conclusion that could therefore be taken was that this must have been an accident with unfortunately, a very tough outcome.

That was the life and death of Adrian Doherty. Our very own working class hero. A regret of mine is that I never saw him play.