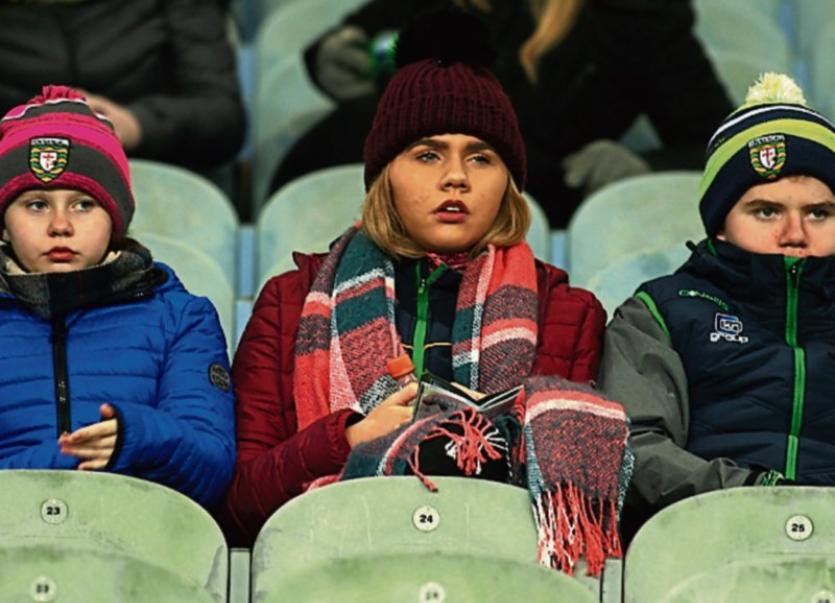 There was no winner of this week’s lotto jackpot of €1200. The numbers drawn were 7-2-1-4-3-6-5 and the €50 winner was Geraldine McGonagle, Drumcarbit with the sellers prize going to Patrick and Danny McLaughlin (Fildara). This week’s jackpot is €1250.

In the Girls U13 Doubles Aibhe McMenamin and Katelyn Houston are Ulster Champions after they defeated their Down counterparts in a tight contest.

In the girls U15 singles Caoimhe McGlynn qualified for the final with an impressive display against Antrim’s Dearbhail O’Neill but she found Monaghan’s Louise Mc Ginnity in top form in the final and just lost out. In the U17 Boys singles Odhran McGlynn was crowned Ulster Champion.

He defeated Down’s Daire Savage in the final having accounted for Tyrone’s Caolan McCarton in the semi-final. He will now contest the All Ireland semi final against the Munster champion on March 4th.

The draw for the 2018 senior and junior Gaeltacht competition took place this week with both Glenfin teams getting home draws. The seniors will play St Naul’s while the juniors will play Fanad Gaels. Both games to be played the weekend of the 24th/25th of February.

The annual Presentation Night/Dinner Dance is on in Jacksons Hotel on Saturday 17th of February. Tickets are €30.00 each.

Club Membership is now due for the 2018 season.

Registration is now duu. All players must be registered for insurance purposes contact Mark (086) 285 8044. Thanks to all who bought and sold National draw tickets please ensure all tickets and monies are returned to treasurers ASAP.

Thanks to everyone for your continued support.

Juvenile registration morning will take place on March 3rd from 10am to 11am with our first under 6,8,10 session starting at 11am.

Anyone wishing to sign up for the 100-club including all existing members can forward names onto Eamon Kelly ASAP. National Draw tickets are now on sale at €10. All books to be returned to Liam Doherty ASAP.

There was no winner of the lotto jackpot of €4300 in lotto draw in Abbey Hotel on Monday night.

Prior to signing your child’s membership form it is important that you familiarize yourself with and understand the GAA Code of Behaviour, available to download from http://www.gaa.ie/the-gaa/child-welfare-and-protection/code-of-behaviour.

Membership rates for 2018 remain the same as last year.

Ulster Ladies are delighted to announce that applications are now available for Gaeltacht Scholarship 2018. We have six €250 scholarships available.Please e-mail Rónán McCarthy admin.ulster@lgfa.ie for an Application Form.

Forms must be returned by Tuesday 27th March 2018.

Club memberships are now due for renewal.

Membership can also be paid at any time to Gerry Ferguson at Ferguson's Jewellers.

Underage hurling resumes on Sunday 4th March as always we could do with some help with our teams. Anyone looking to get involved is asked to contact John Rooney 086-2587793.

Tyrone and Cork were the popular choices for a lot of our entrants this week in our Last One Standing competition, while, not for the first time, Mayo let down a lot of people. Elsewhere, although Jamie Brennan was disappointed to hit the post in Croke Park on Saturday evening, he is one of the 97 people left standing in our competition kindly sponsored by Liam Gallen of Mr G's.

The deadline for sales of National Club Draw tickets is now overdue. Those with outstanding returns are asked to make them to Lisa McTernan or Gerard Ferguson by this Saturday at the latest.

There was no winner of last week's lotto jackpot of €6,600. The winning numbers drawn were 7, 8, 9, 10, 17 and 18. In the lucky dip €20 went to Sarah Ferguson, the Rock; Pauline Finnerty, Parkhill; Anne and Eamon Maguire, Clyhore; Peggy Coughlin, Erne Dale Heights; and Michael Gallagher, Donegal Town.

The Comortas Peile na Gaeltachta draw was made last week The seniors take on St Michael's at home in Pairc Na nGael with the winners to go on to play Glenfin or St Nauls,

The club lotto jackpot is currently €6,700

The Club pass card is available to purchase from the Club for more information or to order your card for the season ahead please contact club secretary Martin Carr​​ on 0876797995.

Registration for 2018 club membership will be held on Sunday 25th February in Creeslough Day Centre from 9.45am until 12.15.

A further registration will be held at the club house during the reserve Gaeltacht match on 4th March weekend (date to be confirmed nearer the time).

The seniors have been drawn away to Naomh Columba in the senior Comortas Peile Na Gaeltachta. This match is due to go ahead on the 5th March.

The reserves are at home to Kilcar on the 3rd of 4th March.

The club extends deepest sympathy to the Friel family Faugher on the death of Tony Friel last weekend.

Deepest sympathy is also extended to George and Bridget Sweeney, Magheramena, Dunfanaghy on the death of George’s brother Danny in Dublin last weekend.

The Bord na nOg annual presentation and registration Night will take place in the Great Northern Hotel on Friday Feb 23rd at 7pm.

Anybody/team looking to use the handball alley over the next couple of weeks needs to contact our club secretary to make a booking. With the pitches closed there will be a lot of activity in the alley. Contact Alan Martin on 0861723899.

Registration for all members is now due. Forms can be obtained from coaches.

There was no winner of this week’s lotto. The numbers drawn were 2, 14, 28 and 29. There were no match 3 winners so three names were pulled out: Rita Bradley, Bingo, Margaret McHugh, Bingo and John Conlon, Blue Cedars, who receive €30 each. This week’s jackpot is €5,800.

Naomh Conaill membership for 2018 is now due. Registration is required for all adult players and non-players,coaches,committee members and underage players. Closing date for membership is 23rd March.

Thanks to all our supporters of the draw and good luck to everyone next month.

Our Jackpot is now €4,820. Thanks to all our lotto sellers & to all who support the club in this weekly draw.

Social Night / Senior Presentations 2017: The club will be hosting a social night in the clubhouse this Friday night, (February 16th) at 8.30pm. On the night we will be doing our senior presentations for 2017. Cost of meal on the night is €10. Can all committee, players, Coaches and club members let John Farren know if attending on the night by cob Wednesday night.

Club Membership is now open for 2018.

There will be a club meeting on Monday night, February 19th at 8pm.

Founded in 1994, the Harps have grown to be one of Scotland’s leading GAA clubs and is now fielding teams from underage up to adult level, has an adult camogie team and an underage hurling section.

As we approach the new season our senior football team is on the lookout for a manager. There is existing experienced coaches among the team, but they are urgently looking for an enthusiastic person to take charge of team matters on match days. The team still has a strong Donegal flavour, with no fewer than ten players from the county and several second generation. If anyone would like further information please ring 0892025943 or 0044 7584353088 or e-mail harps@live.ie

Membership forms are now available from all underage coaches.

Well done to Ethan, Johnny and Kyle who played for the County u 16s on Saturday.

The club will be well represented with seven members on the LYIT panel playing in the Trench Cup finals in Dublin this weekend. Best of luck to all the lads involved.

Ulster Ladies are delighted to announce that applications are now available for Gaeltacht Scholarship 2018. We have six €250 scholarships available. Please e-mail Rónán McCarthy admin.ulster@lgfa.ie. Forms must be returned by Tuesday 27th March 2018.

Last week's lotto draw took place in the Lagoon There was no jackpot or Match 3 winners this week. Open draw winners were Paddy Harkin c/o Bingo, Micheal Diver Screen and P Kelly c/o Glenveagh Inn. Next week's draw takes place in Nora's with a jackpot of €3,100.

Club registration will take place at the Clubrooms on Sunday 25th February and Sunday 11th March from 2-4pm.

This year we will be carrying out Garda Vetting at the registration so all coaches/ managers or parents involved with various teams should bring some form of photographic ID.

Please make every effort to attend on either day to confirm your membership for 2018.

We will be running a Golf Classic on Good Friday, March 30th at Portsalon Golf Course. More details in the coming weeks.

The Donegal GAA Annual Club Pass is currently available to purchase through the Club.

Please contact any club officer to get yours in time for the 2018 season.

Memebership is now due. Season tickets are now available to purchase online at gaa.ie/seasonticket. 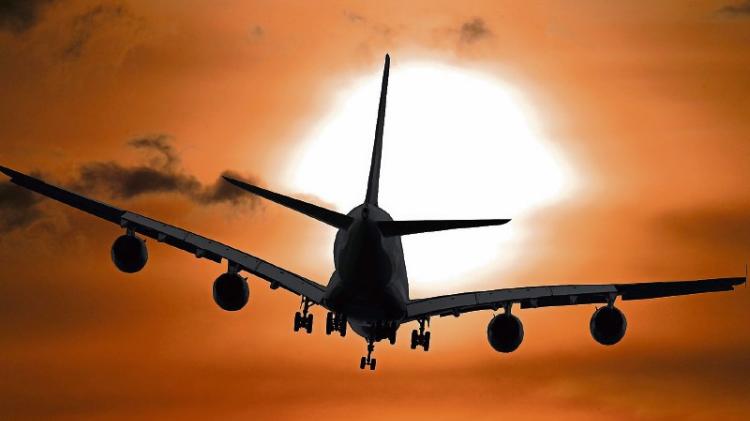 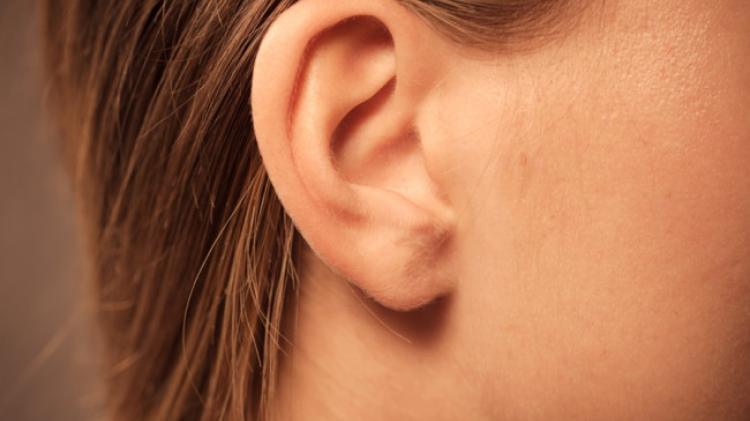