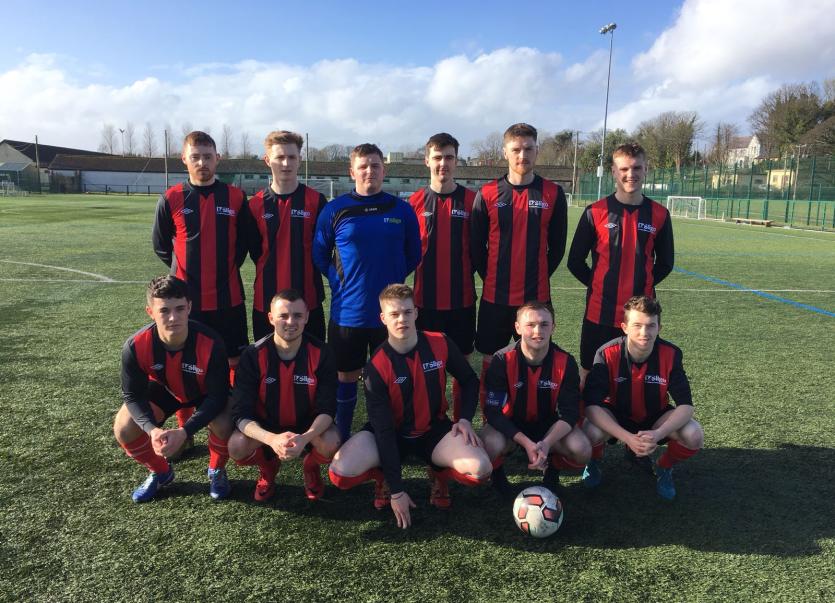 Three Donegal players will be part of the IT Sligo team who take on Limerick IT in the Rustlers Division 1 Final on Monday next, 12th March.
Timmy Govorov from Bundoran, and Conor Blaney and Jason Quinn from Letterkenny will play with IT Sligo FC against Limerick IT.
The final, which was postponed due to Storm Emma, will kick off at 2pm at the FAI headquarters in Abbottstown, Dublin and a win for IT Sligo FC will see the team return to the College & Universities Football Premier League.
The team made the finals after beating Blanchardstown IT 5-4 on penalties after a 1-1 extra time draw in the semi-final playoff.
IT Sligo also qualified for the Rustlers Plate Final, after beating Bray FE 9-0. The team will play against GMIT in Galway tomorrow on Tuesday, 6 March.
Many of the players in the squad, including Donegal player, Jason Quinn, are on IT Sligo’s Sports Scholarship Programme which helps talented student athletes reach their sporting potential.
Up to 20 new scholarships and bursaries are awarded each year under the scheme and students who are rewarded scholarships receive mentoring support, training guidance and other value-added support.
The overall aim of the scheme is to recruit, manage and develop players/athletes with exceptional ability to position IT Sligo as a premier centre of sporting performance.
Colin Jinks, Head Coach of IT Sligo FC said:
“This is my first year managing IT Sligo with assistant Darragh Healy. We started back September with this group and they haven't looked back since. They’re a small panel but that's what makes them a close group that get on so well. They work extremely hard every game for one another with each player showing how talented they are and have taken to the style of play we have implemented with ease.
“We head into the final against a class Limerick IT side knowing we will have to be at our very best to beat them but before that we have a Cup final to take care of against GMIT in Galway which again shows how good the lads have been all season.”
Paul Powell, Treasurer of IT Sligo FC and member of the Scholarship Committee said:
“We are delighted that IT Sligo FC has made the Rustlers Division 1 Final and Plate Final. We have no doubt the team will perform at their very best and we wish our players the very best of luck in the League Final and in the Plate Final.”